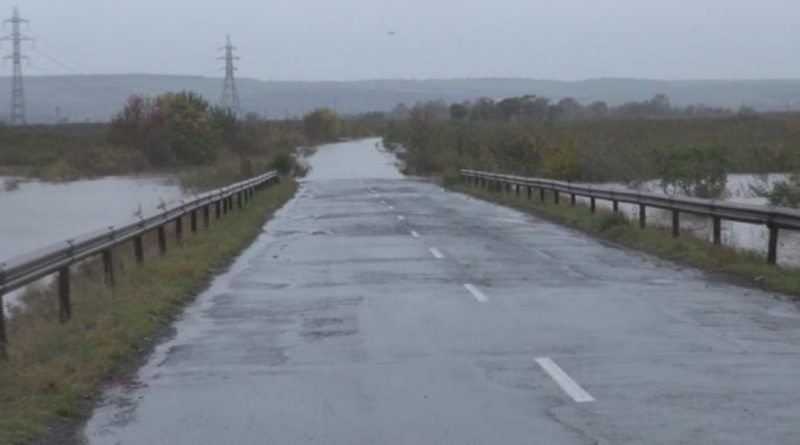 A crisis headquarters has been set up to deal with the situation, which followed an earlier “Code Red” warning of dangerous weather because of heavy rainfall and high winds in the Bourgas district.

Three of the dead drowned when their houses were suddenly inundated by floodwater. An elderly man in the village of Polski Izvor was on the ground floor of his house when a 1.5 metre wave of water hit it.The wave of water was part of a heavy torrent that began at about 4am.

In less than an hour, more than 60 litres a square metre of water fell.

Reports that the Troyanovo dam wall had been breached were not true, the management of the dam said.

The situation was worst in Ravnets, Livada, Zhelyazkovo and Polski Izvor, where rescue teams were pumping water out of flooded houses and checking house-to-house whether there were people in need of assistance.

Bourgas municipality was posting updates on its website on the state of roads in the region.

The mudslide on Trakiya Motorway temporarily blocked the stretch of motorway about 260km from Sofia. Maintenance teams deployed at 3am to clear the road. On part of the motorway, traffic was diverted to a single lane on the morning of October 25.

Police and the Road Infrastructure Agency urged motorists to drive with caution on the stretch of Trakiya Motorway affected by landslides.