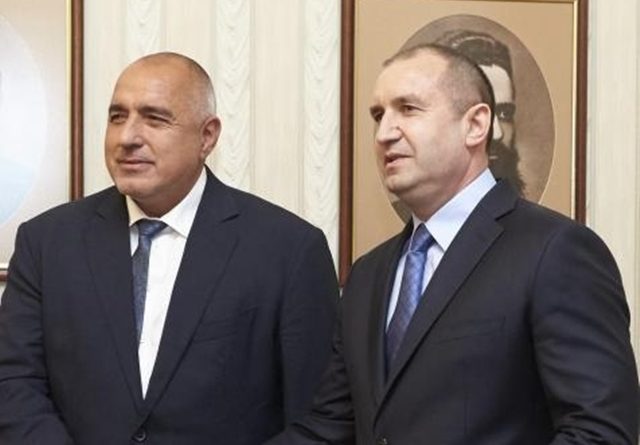 Two days after Bulgarian President Roumen Radev said that Prime Minister Boiko Borissov’s GERB party was waging “undeclared war” on him, Borissov said that he had a “wonderful dialogue” with Radev.

Radev had told reporters on October 2 that if GERB wanted a fight, “they will get it”.

The President said that he had dropped the idea of holding talks with Borissov on the modernisation of Bulgaria’s armed forces because he did not believe that such a meeting would produce a result.

Borissov, addressing a news conference in Varna on October 4, said: “When you are dealing with facts, it is best to speak the truth. President Radev can hold me responsible if my ministers or I have spoken in a way that undermines his prestige. Bulgaria is a parliamentary republic”.

Borissov said that if a member of his Cabinet insulted Radev, he would apologise to the President, but added that Radev’s “people” were attacking him constantly, but this did not affect their relations.

The GERB leader said that he could not tell his parliamentary group to stop the debates in Parliament, just as Radev could not say this to the Bulgarian Socialist Party, and this was why it was normal for there to be heated debates in the National Assembly.

Radev won Bulgaria’s presidential elections in 2016 on a ticket that was backed by the opposition BSP. Borissov, who treated the elections as an opinion poll on his government, resigned and prompted early parliamentary elections. In May 2017, Borissov returned to power at the head of a coalition government, with Radev having taken office in January as head of state.

Since then, relations between Borissov and Radev have been complex, with episodes of tension although the two periodically have made shows of unity.