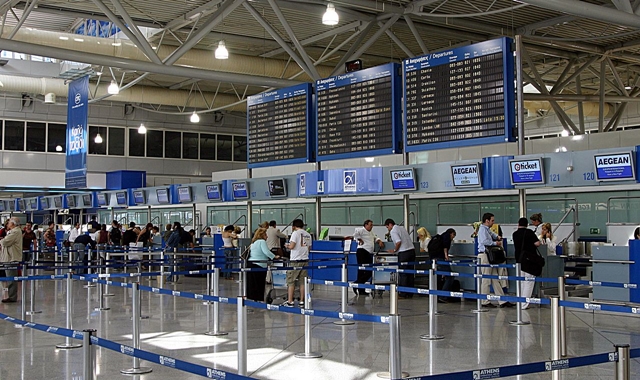 The number of business trips in the European Union dropped by 40 per cent between 2007 and 2015, the years after the beginning of the global economic and financial crisis, going by figures released by EU statistics agency Eurostat on September 26.

The number of business trips declined, “possibly because of a reduction in travel budgets and because more sustainable, time and cost efficient means of communicating are now widespread,” Eurostat said. 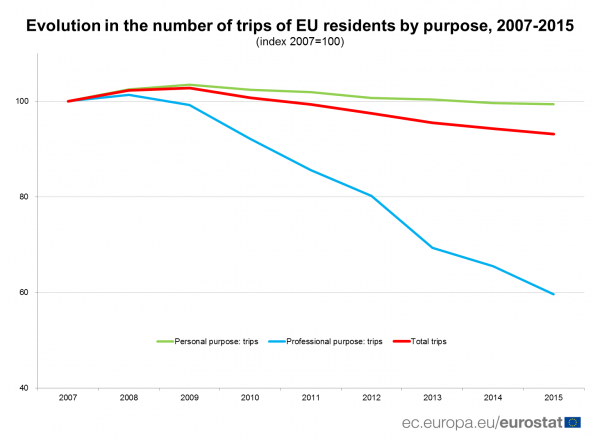 However, overall the economic crisis of the past decade did not strongly affect tourism in the EU, Eurostat said in a release of figures to mark World Tourism Day. At the same time, Eurostat said that tourism has developed very differently depending on whether the trips were made for personal or professional purposes.

Between 2007 and 2015, the number of trips made by EU tourists for personal purposes (leisure, holidays or visiting friends and relatives) remained roughly stable at about a billion trips a year.

The travel seasons differ according to the reason for travelling. EU residents travel as tourists mainly in July and August, with a quarter of all annual trips made for personal purposes carried out in these two months.

The popularity for taking holidays in July and August is highest for Greek tourists (accounting for over half of their annual trips) and lowest for Germans (19.9 per cent). From the 28 EU member states, only Croatian residents prefer to travel for personal purpose in June.

On the other hand, business trips take place mainly in March and June, closely followed by September and November, Eurostat said.

Of bulls, bears and bubbles: Historic high as Bitcoin hits $10 000