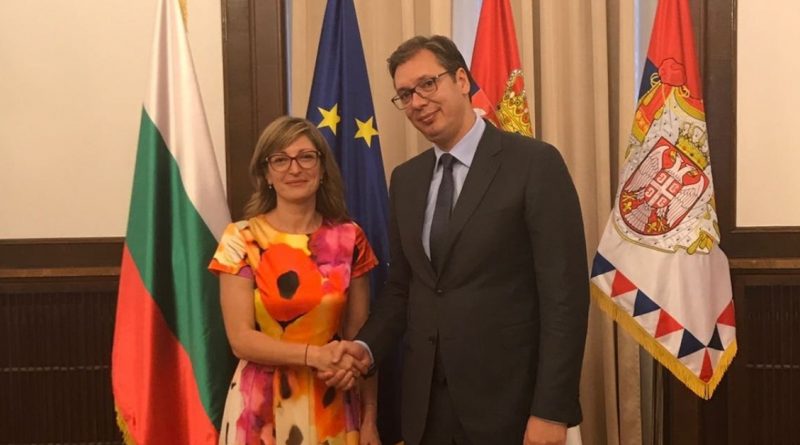 Serbian president Aleksandar Vučić has thanked Bulgarian Prime Minister Boiko Borissov and Foreign Minister Ekaterina Zaharieva for their support for Serbia’s European path and thanked Bulgaria for its continuing efforts to continue the enlargement policy of the European Union.

Vučić said this during a visit to Belgrade by Zaharieva, according to statements by the Bulgarian Foreign Ministry and the Serbian president’s office.

Zaharieva began a series of visits to Balkan countries with a two-day stop in the Serbian capital starting on July 24. A principal focus of the visits is Bulgaria’s forthcoming presidency of the EU in the first half of 2018.

Vučić said that Serbian citizens expect to see whether it is realistic to accede to the EU relatively soon.