The approval ratings of several of Bulgaria’s institutions, including the country’s courts, prosecution office and Parliament all have plummeted in recent months – practically halving, and that off a low base.

This emerges from the results of a poll by the Exacta research agency, done in February 2016 among a sample of 1000 Bulgarians in various cities and towns.

The approval rating of Prosecutor-General Sotir Tsatsarov fell from 21.6 per cent in April 2015 to 14 per cent in February 2016.

The political figure in Bulgaria with the highest approval rating in February 2016 was Sofia mayor Yordanka Fandukova, 62 per cent.

According to Exacta, were elections to have been held at the time of the poll, Borissov’s centre-right GERB party would get 24.5 per cent of the vote.

Parties currently in Parliament but shown in the Exacta poll as below the four per cent threshold for election are Volen Siderov’s Ataka (2.9 per cent) and Georgi Purvanov’s socialist breakaway ABC (2.5 per cent). 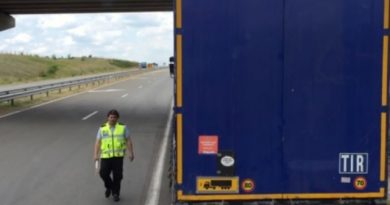