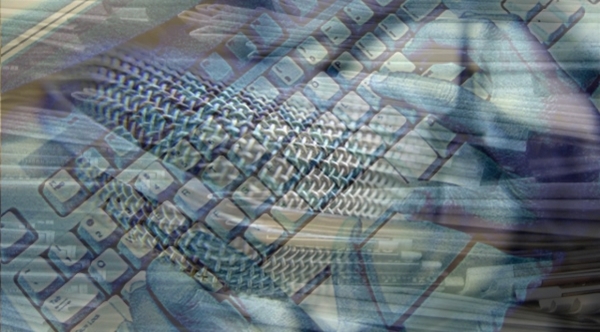 There are significant risks to media pluralism in Bulgaria, according to an independent report presented to the European Parliament’s civil liberties committee.

The main problems are in the areas of media concentration, editorial independence, state regulation of resources and social inclusiveness.

This is contained in a report by the Centre for Media Pluralism and Media Freedom (CMPMF), covering 2016. The section on Bulgaria was compiled in partnership with the Foundation Media Democracy.

The report noted that the 2016 World Press Freedom Index of Reporters Without Borders placed Bulgaria at 113th position among 180 monitored countries (last place in the EU).In the Freedom of the Press ranking of Freedom House, in 2015 Bulgaria occupied 78th position – out of 199 countries and territories.

Freedom House defined Bulgarian media as ‘partly free’. The 2016 Media Sustainability Index by IREX indicated, in 2015, there was a rise in crimes against journalists, including harassment by public figures and violent attacks.

The Mapping Media Freedom Index reported eight cases of attacks and threats to the physical safety of Bulgarian journalists (from May 2014 to April 2016), as well as other cases of threats to media freedom in the country, such as harassment and censorship, among others.

Research for the report found that in the Bulgarian case, high risks for media pluralism were detected primarily in the areas of ‘Market Plurality’ and ‘Political Independence’.

Three of the ‘Market Plurality’ indicators point toward a particularly high risk: ‘Media ownership concentration (horizontal)’ (96 per cent), ‘Commercial and owners’ influence over editorial content’ (92 per cent) and ‘Cross media concentration of ownership and competition enforcement’ (89 per cent). Two indicators in the ‘Political Independence’ domain point to high risk: ‘State regulation of resources and support for media sector’ (97 per cent) and ‘Political control over the media outlets’ (79 per cent).

“To sum up the results of the study, the three major barriers to media pluralism refer to allocation of state advertising, interference in editorial content and concentration of ownership,” the report said.

The report noted that although there are formal legal provisions for disclosure of media ownership (Mandatory Deposition of Print and Other Works Act, Radio and Television Act, Commercial Register Act), the present legal requirements are not effectively implemented in practice.

“In some cases the actual owners of given media remain hidden to the public.”

Even though envisaged by law, sanctions for not complying with the transparency obligations have never been imposed on media outlets. In recent years, local and international organizations have stressed namely on the lack of ownership and financial transparency, the report said.

“Media legislation does not contain specific thresholds in order to prevent a high degree of horizontal concentration of ownership. This refers to all media sectors. General rules in the competition law do not include specific provisions for the media market in particular. At the same time the actual level of concentration is impossible to track due to a deficit of precise data, which is considered as a risk itself.”

Commercial and owner influence over editorial content is the next indicator scoring high risk, the report said.

“There are serious shortcomings of legal and self-regulatory instruments ensuring editorial independence: no mechanisms granting social protection to journalists in case of changes of ownership or editorial line; no regulatory safeguards ensuring that decisions regarding appointments and dismissals of editors-in-chief are not influenced by commercial interests; no measures stipulating that the exercise of the journalistic profession is incompatible with activities in the field of advertising.

“This corresponds to a situation in which media owners and other commercial entities systematically influence editorial content. The common practice of pressure over editorial independence has been illustrated and criticized in a number of studies and reports by monitoring organizations,” the report said.

Political control over media outlets indicates high risk, according to the report.

There are general legal provisions against political interference, but media ownership as well as other direct and indirect control by politicians is not explicitly prohibited or limited by law.

In Bulgaria, there are currently two party television channels (Alfa and SKAT); six newspapers are officially owned by MP Delyan Peevski. There are systematic cases of conflict of interests between owners of media outlets and the ruling parties, partisan groups and politicians.

Political dependences and influences affect both national and local media. The assessments indicate high level of political control in the print media sector, medium level regarding the television sector and relatively weak control over the radio.

Although the leading news agency is funded by the State, it has the reputation of being politically independent.

The leading print media distribution network, however – the Lafka brand owned by Tabak Market – has been considered by experts as politically affiliated due to the participation of Peevski in the ownership of the company behind the network. Even though Peevski announced he was selling his share in March 2016, serious doubts remain about his influence in the distribution business, the report said.

Editorial autonomy in general is evaluated as of a medium risk.

There are no regulatory safeguards to guarantee autonomy when appointing and dismissing editors-in-chief.

In the two party television channels, the procedures for the appointment of editors-in-chief are thoroughly dependent on the decisions of the respective party headquarters. Influences over other private media are difficult to prove. Regarding the public service media, there are no registered cases of interference in the appointment and dismissal procedures for editors-in-chief.

“Editorial independence is declared as a basic value in the existing self-regulatory rules. In practice, though, media professionals claim it is a wide-spread practice that MPs, ministers, heads of state agencies and other political figures would call or send SMS to owners, editors-in-chief and journalists in order to influence the editorial content.”

One of the most effective mechanisms of political control over the media is through advertising funds distributed by ministries and local municipalities, the report said.