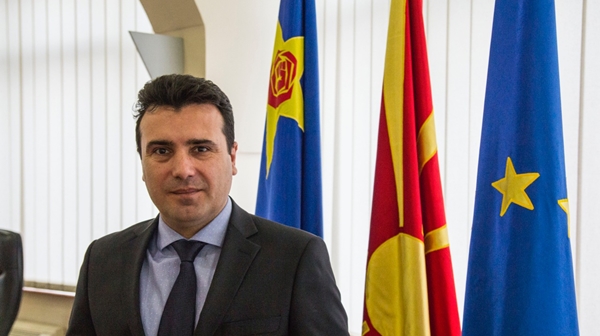 Macedonia’s prime minister Zoran Zaev  commented to journalists on the visit by foreign minister Nikola Dimitrov to Greece, saying that the issue of the name of his country will not be on the agenda of the visit.

“We expect (UN mediator) Mr (Matthew) Nimetz to visit the ‘Republic of Macedonia’ and Greece, with the ultimate goal of speeding up the processes. In any case, our position is clear: our positions on the constitutional name of the ‘Republic of Macedonia’ will be formed in consensus with the opposition and will be finalized by a referendum in which the verdict of the citizens will be expressed,” Zaev said.