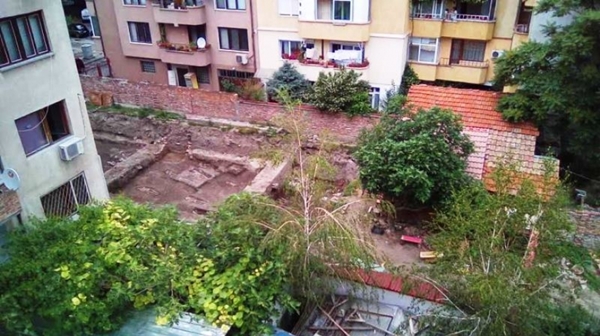 Archaeologists working in Bulgaria’s second city Plovdiv have found a necropolis dating from the Middle Ages.

The site, with 40 graves, was found in Plovdiv’s Kamenitza neighbourhood, in the eastern part of Bulgaria’s second city.

According to a report by Plovdiv website podtepeto.com, the necropolis is on Osum Street and forms a triangle between it, the Small Basilica and the Great Basilica.

Archaeologist Elena Bozhinova, a member of the team working on the dig, said that that all the bodies had been laid in a position typical for Christian burials, with the hands on the abdomen, except one laid out in an embryonic position.

This has provoked speculation among scholars who currently have two assumptions. One is that the buried person may have been a criminal and, therefore, buried according to other than Christian custom.

Archaeologists otherwise assume that the deceased may also have been subject to seizures and this is the reason for the atypical position.

“The case is not unique, but it is rarely encountered. We are going to give the remains to a specialist anthropologist to give us more information about it.We will consult the literature, of course,” Bozhinova said.

Work at the site began about 10 days ago and the discovery of the necropolis, estimated to date from the end of the 12th to the 13th century, has astonished residents of the neighbourhood, the report said.

Little jewellery has been found at the site, only small earrings belonging to children.

However, archaeologists saw as much more interesting the discovery of two stone walls, also dating from mediaeval times. One, built of square well-crafted stone blocks, currently is believed to have been part of an important building.

At the moment, it is not clear whether the Osum Street site was part of the fortified city or was outside it.

Work is continuing on the site, and it is expected that the archaeological team will reach the remains dating from the Roman period, which always awakens enormous interest, the report said. 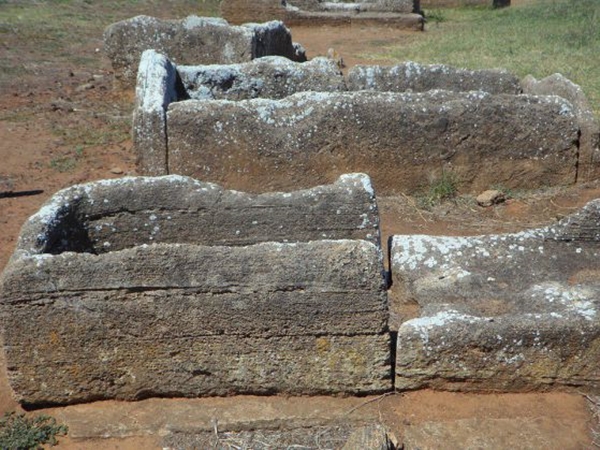