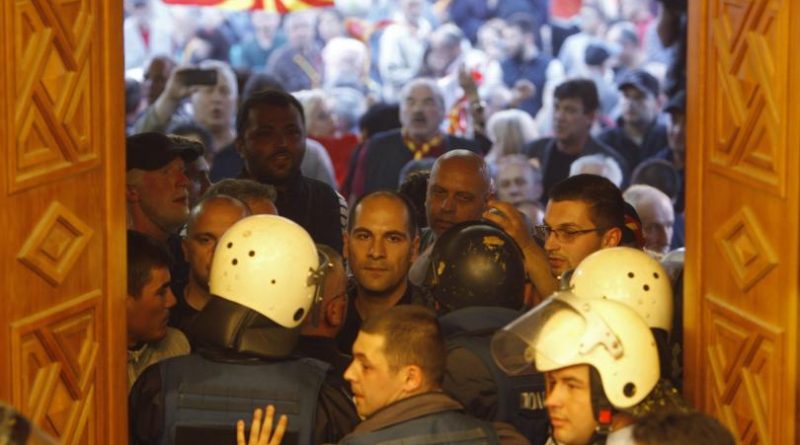 Socialist SDSM party leader Zoran Zaev and 10 police officers were injured in a confrontation as Macedonia’s parliament in capital city Skopje was stormed on April 27, reports from the capital city said.

An operational headquarters was set up, involving all heads of the special and police services.

Police chiefs in the Republic of Macedonia issued an order to secure the parliament building and enable the safe evacuation of members of the assembly, and restore peace and order, reports said.

According to reports from Skopje, protesters rushed into the Macedonian parliament after Zaev’s Social Democrats and ethnic Albanian parties chose Albanian Talat Xhaferi as parliament speaker.

The election caused uproar among nationalist politicians in the Republic of Macedonia.

Macedonia’s president Gjorge Ivanov called for unity and urged protesters to calm down and go home.

Xhaferi was the first Albanian elected to become parliament speaker since Macedonia became independent in 1991.

After being elected today with the SDSM’s vote, Xhaferi delivered his speech in Albanian.

Nationalists, identified as being supporters of Nikola Gruevski’s VMRO-DPMNE political grouping, were angered by the vote and intruded into the plenary hall.

At least four MPs were assaulted: Zaev, Radmila Shekerinska, Damyan Manchevski – all three frpm the SDSM, as well as Ziadanin Sella of the Alliance for Albanians.

Gruevski has called for the cessation of violence and the calming of the situation, reports from Skopje said.

EU Enlargement Commissioner Johannes Hahn condemned the violent protests in the Macedonian parliament. Hahn said on Twitter that “I condemn the attacks on MPs in Skopje in the strongest terms. Violence has NO place in Parliament. Democracy must run its course”.

In the December 11 2016 parliamentary elections in the Republic of Macedonia, Gruevski’s party narrowly won the largest share of votes, but failed to form a coalition with Albanian minority parties so they could continue to govern

Zaev’s SDSM has negotiated a coalition with three Albanian parties and has created a new majority in the parliament of 69 deputies out of 120.

In Sofia, capital of Macedonia’s neighbour Bulgaria, Boiko Borissov – leader of centre-right party GERB and expected to return as Bulgaria’s prime minister in the coming week or so – said that he was alarmed by the situation in the Macedonian parliament.

“I urge citizens to keep the peace and not to provoke provocation,” Borissov said.

“Reforming the rule of law is the only way to make the right decisions in a tense situation Democracy and the law are the right way to resolve the crisis situation. European integration is a guarantor of security and prosperity. Bulgaria will continue to support Macedonia for full EU membership and NATO,” Borissov said. 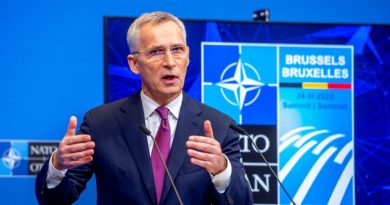