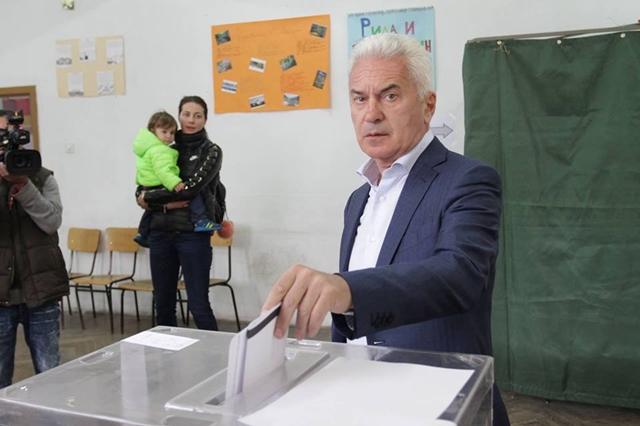 If negotiations on a coalition government work out, Bulgarian nationalist coalition the United Patriots will be part of Boiko Borissov’s next cabinet.

But Volen Siderov, one of the triumvirate of leaders of the United Patriots and best-known in Bulgarian politics for the leadership of his Ataka party, says that he will not be a member of that cabinet.

Siderov’s Ataka astonished observers in 2005 when his far-right, xenophobic party into Bulgaria’s National Assembly with more than eight per cent of the vote.

In 2006, Siderov went to a second round in presidential elections. He was defeated in the contest to be Bulgaria’s head of state when voters of various stripes quelled their concerns to back Georgi Purvanov, formerly the leader of the Bulgarian Socialist Party, for a second term of office as President as a lesser-evil option against Siderov’s bid for the office with the commanding view in Dondoukov Boulevard.

The controversies that have attended Siderov are numerous. One of his books, The Boomerang of Evil, has been denounced by his detractors as anti-Semitic and as an alleged exercise in Holocaust denial. A Russophile, he wants sanctions against Russia for its illegal annexation of Crimea lifted, and repeatedly has mounted Quixotic attempts to get a referendum held on Bulgaria leaving Nato.

Yet his political fortunes had ebbed over the years and through successive parliaments. After the election of the National Assembly in 2014, few had expected his Ataka party to return, after its mere showing that garnered no more than 11 MPs out of a legislature with 240 seats.

Siderov, once hastily written off for his series of convictions for public hooliganism, has returned to the public eye as an informal spokesperson for progress in negotiations with the GERB team led by Borissov on the formation of a new government. Borissov needs the United Patriots. His GERB got 95 seats in the 44th National Assembly. The “patriots” have 27. Together, they have a slim majority, just sufficient to get a government elected into power.

Speaking to local television station bTV on April 5, Siderov said that negotiations between the United Patriots and GERB were going well.

Siderov said that questions were asked about what was happening in the negotiations. “There will be a cabinet, and this is the most important,” he said.

Siderov, whose first venture into politics was as the candidate for mayor of Sofia in 2003 on the ticket of a marginal party – he got all of less than half a per cent of the vote – said that Borissov had become “quite advanced in his development as a politician and a statesman”.

Borissov, in the view of Siderov, had found that partnership means political loyalty and respect.

“Another thing that we have agreed with GERB is that there will be ministers from the Patriots, but we have not agreed which portfolios. But I will not be a cabinet minister because I have no such claims,” Siderov said.

“We’ve been through different phases and it really has made us wiser. This is the situation, this is the reality,” he said.

Siderov said that his party still opposed Nato and the EU, but the number of MPs they had were insufficient to fight for these ideas.

During the upcoming Bulgarian presidency of the EU in the first half of 2018, “we will show EU leaders Bulgarian nationalists are by no means savages, and there are reasonable politicians who are patriots,” Siderov said. 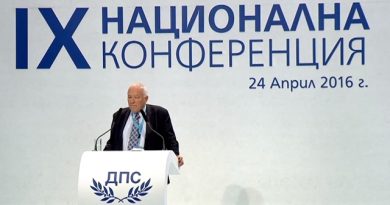