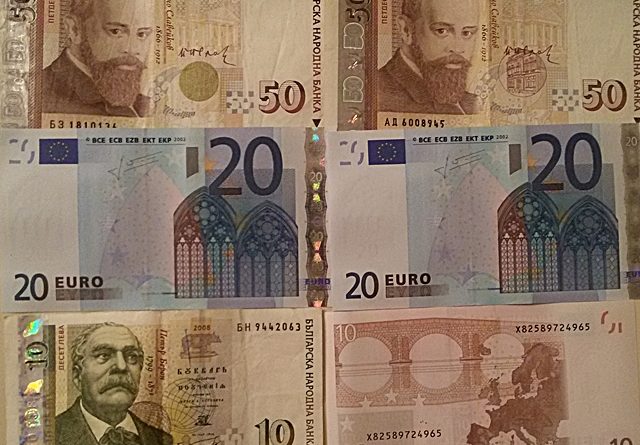 Boiko Borissov, leader of the centre-right GERB party that won the largest share of seats in Bulgaria’s parliamentary elections and who thus is entitled to get the first chance to put together a cabinet, said on March 30 that his new government would apply for the country to join the euro zone.

Borissov twice has been head of government of Bulgaria, and while the country has been in the stewardship of a caretaker government, interim Prime Minister Ognyan Gerdzhikov has spoken of applying for accession to the EU’s common currency.

Bulgaria’s local currency, the lev, is pegged to the euro through a currency board arrangement put in place after the country’s financial and economic meltdown under a socialist government in the 1990s.

Polls have shown a slim majority of Bulgarians in favour of the country joining the euro zone, though public opinion in favour of the move showed a notable downturn in favourable opinion about euro zone accession in the wake of the Greek crises of recent years.

Talk of Bulgaria, an EU member since 2007 and thus called on to accede to the euro, has come and gone over the years, but was tamped down in the wake of the 2008 global financial crisis.

It has been revived most recently under the administration of Gerdzhikov, whose main task was to deliver the early parliamentary elections of March 26 2017. These elections saw Borissov take the largest share of votes, setting him on course to seek to form a new coalition government, which if the bid succeeds, would make him prime minister for the third time.

Speaking to centre-right European leaders in Malta at a gathering of the European People’s Party, Borissov said that “we achieved 3.6 per cent growth, a 14 million leva fiscal reserve, seven per cent unemployment, 27 per cent external debt, zero per cent inflation and a budget surplus”.

After outlining what he described as his country’s financial stability and compliance with the Maastricht criteria regarding low inflation and deficits of no more than three per cent of GDP, the GERB leader said that Bulgaria is about to apply for the euro zone waiting room, the ERM II official exchange rate mechanism.