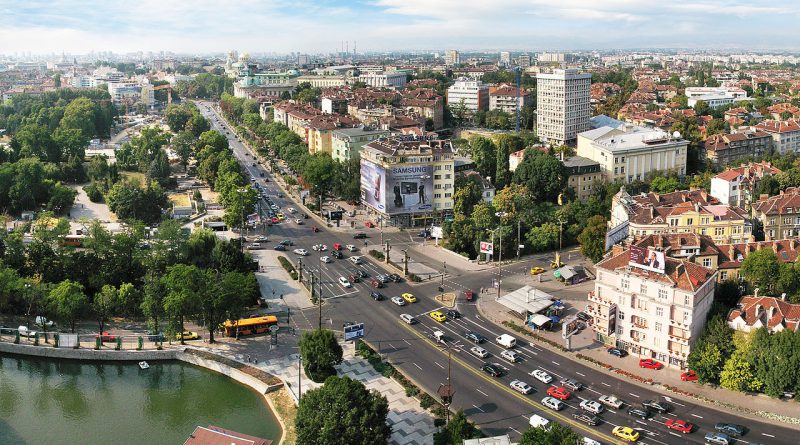 With the deadline for political parties and coalitions competing in Bulgaria’s March 26 2017 early parliamentary elections having passed, the names of the major contestants in the country’s largest cities are known.

Candidate MPs from 12 parties and nine coalitions are battling for the 240 seats in the National Assembly, Bulgaria’s unicameral Parliament. The lists of the rivals include political party leaders – some in direct face-off races in major cities – other well-known figures and a few notable newcomers to Bulgaria’s electoral brawling.

Observers’ eyes will be on the 25th, 23rd and 24th electoral districts in the capital city Sofia, sites of skirmishes between leaders and prominent politicians. No less so, eyes will be on other large cities such as Plovdiv, Varna and Bourgas.

In Sofia’s 25th electoral district, one of the largest in the country and which sends a number of MPs to the National Assembly, candidates include GERB leader and former prime minister Boiko Borissov, Bulgarian Socialist Party leader Kornelia Ninova, New Republic leader Radan Kanev, Yes Bulgaria leader Hristo Ivanov, Volya leader and cut-price pharmaceuticals business person Vesselin Mareshki, and Ataka leader Volen Siderov, on the ticket of the United Patriots coalition of which his far-right party is now part.

Others standing in this district include Svetoslav Vitkov, whose Glas Naroden has a joined an electoral coalition with the centre-right Reformist Bloc grouping, and close Siderov ally in Ataka, Dessislav Chukolov.

In the 24th electoral district in Sofia, there are two former ministers from the second Borissov government – Vladislav Goranov of GERB, who was finance minister, and Petar Moskov, the former health minister who is heading the Reformist Bloc’s electoral campaign.

The electoral race in the 24th district also features Martin Dimitrov for the New Republic party.

In the same electoral district, the Bulgarian Socialist Party has nominated Stefan Danailov, a renowned actor, BSP veteran and who was its vice-presidential candidate on the defeated Kalfin ticket in 2011. Yes Bulgaria’s candidate is Stefan Tafrov, formerly Bulgaria’s permanent representative to the UN. Film director Evgenii Mihailov, most recently in the headlines for his open letter opposing the Irina Bokova candidacy to head the UN, is the candidate of Lyutvi Mestan’s DOST party, a breakaway from the Movement for Rights and Freedoms that Mestan used to lead.

Also standing in the 24th is Tatyana Doncheva, the former BSP MP and one-time candidate of that party to be mayor of Sofia, who is representing her Movement 21 party’s coalition with ABC.

In the 23rd electoral district in Sofia, a report that raised eyebrows is that Slavi Binev is said to be a candidate for the Movement for Rights and Freedoms. What makes this extraordinary – if true – there is no reference to it on the MRF website – is that Binev formerly was an MEP for Siderov’s Ataka and has a track record in far-right politics. Years ago, when he was a Sofia mayoral candidate, he was lampooned with a poster depicting him wearing a fez.

In the 23rd district, the high-profile United Patriots candidate is Valeri Simeonov, co-leader of the Patriotic Front and leader of the National Movement for the Salvation of Bulgaria party. GERB has nominated Tomislav Donchev, formerly deputy prime minister in charge of EU funds, while the BSP has put up its city leader, Zhelyu Boichev.

Two other party leaders are candidates in the 23rd district: Bozhidar Lukarski, leader of the Union of Democratic Forces and the nominee of the Reformist Bloc-Glas Naroden coalition, and Konstantin Prodanov, recently elected leader of the ABC party that was founded by former BSP leader and former president Georgi Purvanov. The Yes Bulgaria hat in the ring in the 23rd is represented by Antoaneta Tsoneva, who was prominent in the 2013/14 anti-government Protest Network.

In the 23rd district of Sofia, the New Republic ticket is headed by Traicho Traikov, a former minister in the first Borissov government before being axed, and who was the Reformist Bloc’s candidate in the 2016 presidential elections, running sixth.

The City of Plovdiv sees Borissov also as a candidate MP, up against the BSP’s Ivo Hristov, former defence minister and Bulgarian Agrarian National Union party leader Nikolai Nenchev for the Reformist Bloc, and Slavcho Atanassov for the Patriotic Front. A former mayor of Plovdiv, Atanassov twice has been narrowly beaten by GERB’s Ivan Totev to be first citizen of Bulgaria’s second city, and most recently has been chairperson of the parliamentary committee on culture.

Actor and BSP veteran Danailov is also on the hustings in Bulgaria’s largest Black Sea city Varna, where he is competing against Mareshki in the businessman’s home town, and against former regional development minister Lilyana Pavlova, nominated by GERB. The nationalist United Patriots list is headed by Valentin Kasabov and the Reformist Bloc ticket by Naiden Zelenogorski, who led the bloc’s parliamentary group in the latter days of the now-departed 43rd National Assembly.

In Varna, the New Republic list is headed by Radan Kanev, that of Yes Bulgaria by Antoaneta Tsoneva and the ABC-Movement 21 coalition by Tatyana Doncheva.

In Bulgaria’s second-largest Black Sea city, Bourgas, the GERB ticket is headed by former minister Ivelina Vassileva, who was environment minister in Borissov’s second government. PF co-leader Valeri Simeonov, who carries substantial political weight in the seaside city that is home to his mouthpiece cable television channel, is the “patriots” list leader, while the Reformist Bloc has Kostadin Markov as the face of its campaign.

In Kurdzhali, traditionally a stronghold of the MRF, party leader Mustafa Karadaya is his party’s list leader. He is going head-to-head with his predecessor as MRF leader, DOST chief Mestan. GERB’s ticket is headed by Tsveta Karayancheva, who has been one of the most forthright orators in Parliament for Borissov’s party, while the BSP list is headed by Alexander Simov, who writes for party mouthpiece Duma.

In Blagoevgrad, GERB deputy leader Tsvetan Tsvetanov leads the list of Borissov’s party, up against Delyan Peevski, seeking a return to the seats of the National Assembly where his election in June 2013 as head of the State Agency for National Security unleashed public outrage that led to prolonged public protests and ultimately the downfall of the “Oresharski” cabinet. The BSP has put up another media person, Toma Tomov, and the Reformist Bloc candidate is Dimitar Delchev.

GERB’s Tsvetanov also lead his party’s list in Veliko Turnovo. The BSP list leader is Vessela Lecheva, born in Veliko Turnovo and noted for her career as a sport shottist, peaking with silver at the 1988 Olympics in Seoul. The MRF’s Kamen Kostadinov is seeking a return to the National Assembly.

In Pleven, the GERB list is led by former transport minister Ivailo Moskovski – and not Tsetska Tsacheva, as previously. Tsacheva comes from the Pleven area and once made a failed bid to be the town’s mayor. Twice the Speaker of the National Assembly, it was Tsacheva’s defeat at the hands of socialist-backed Roumen Radev in Bulgaria’s November 2016 presidential elections that led Borissov to resign as prime minister, opening the way for the March 2017 parliamentary elections.

The BSP list in Pleven is headed by Vassil Antonov. The United Patriots have put up Krassimir Karakachanov, leader of the VMRO party, formerly a deputy speaker of the 43rd National Assembly, and who ran third in the 2016 presidential elections on the “patriots” ticket, and who also is remembered for having been Agent Ivan of Bulgaria’s communist-era secret service State Security (the Dossier Commission has said that it will scrutinising the lists of candidate MPs for former State Security people; some names are already known from previous disclosures).

Pleven also is being contested by Roumen Petkov, the former BSP interior minister who is a close ally of Purvanov, and who is standing on an ABC ticket. The MRF list in the city is headed by Vessislava Krusteva, head of the party’s press centre.

In Gabrovo, home town boy and former mayor Donchev heads the GERB list (many years before his political career, Donchev started out as a DJ on a local radio station in Gabrovo). His rivals include the BSP’s Kiril Dobrev and the MRF’s Chetin Kazak.

In Haskovo, Delyan Dobrev heads the GERB list, against the BSP’s Elena Yoncheva – best known in Bulgaria for her television documentaries, Yordan Tsonev of the MRF and Pavel Shopov, a close ally of Siderov in the Ataka party and one-time deputy speaker of the National Assembly, who heads the list of the United Patriots.

In Pazardzhik, the GERB candidate is former justice minister Ekaterina Zaharieva, who also previously was a caretaker cabinet minister and a member of then-president Rossen Plevneliev’s administration. The BSP list leader is Slavcho Velkov, and for the MRF, Peevski. The Reformist Bloc list is led by Boika Marinska, the United Patriots’ by Stanislav Stanilov, New Republic by General Atanas Atanassov (a former parliamentary committee chairperson and former Military Intelligence head), Yes Bulgaria by Ventsilav Trifonov, ABC-Movement 21 by Trendafil Velichkov and Volya by Mariela Nenova.

(Photo of the Orlov Most area of Sofia: Boby Dimitrov)