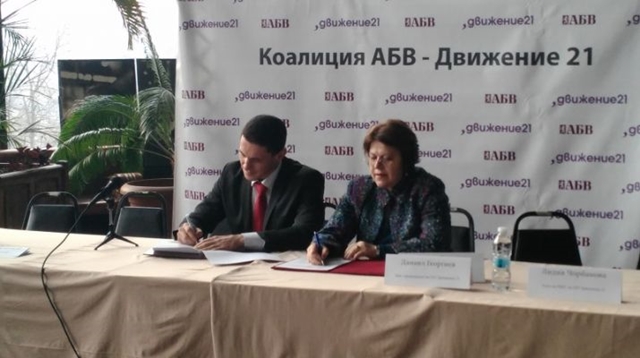 Two Bulgarian socialist minority parties have signed an election coalition agreement ahead of the country’s early parliamentary elections to be held on March 26 2017.

ABC leader Konstantin Prodanov and Movement 21 leader Tatyana Doncheva signed the February 3 agreement, which envisages the election coalition as a competitor to the Bulgarian Socialist Party on the left-wing of the country’s political spectrum.

Prodanov was recently elected leader of ABC, which was founded as a political party by former BSP leader and former president Georgi Purvanov after he failed to get back the BSP leadership on leaving office as head of state. ABC had 11 of 240 seats in the now-dissolved 43rd National Assembly. In Bulgaria’s November 2016 elections, Purvanov’s close ally Ivailo Kalfin came in seventh at the first round, out of 21 candidates, with a mere 3.28 per cent of the vote.

Doncheva is a former BSP MP and one-time Sofia mayoral candidate for that party. Movement 21 had no seats in Parliament.

Prodanov said after the signing that the coalition would “provide an alternative to all the people who do not wish to vote in disgust once again or for the parties or for the status quo, or for another demagogue or charismatic populist”.

The election coalition agreement followed two weeks of talks in which the parties’ leaders established that they had no significant differences.

No recent opinion poll gave either party a chance of being voted into Parliament individually. 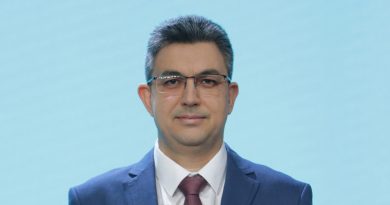