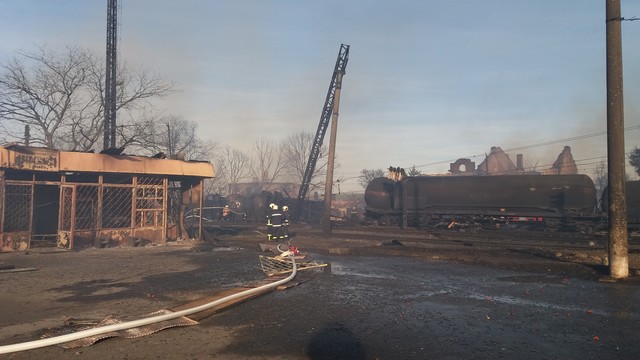 A complete evacuation has been ordered of the north-eastern Bulgarian village of Hitrino, site of a fatal explosion on the morning of December 10, as specialists prepare to undertake a risky operation to transfer gas from the tanks of the train that was the centre of the blast.

At least five people died and 29 were injured, four critically, in the early-morning explosion that had happened as a train carrying gas tanks derailed near the village railway station.

About 1000 people will be evacuated from the village, national fire service chief Nikolai Nikolov said.

Teams from Neftochim Bourgas have been called to carry out the operation because they have experience in such tasks.

The head of the regional police directorate in the town of Shoumen, Yalchun Rasim, assured residents of Hitrino that their houses would be protected during the evacuation as the fuel transfer proceeds.

The operation is expected to take a day or two to complete. Families will be accommodated with relatives. The municipality will provide accommodation for those who have nowhere to go.

Firefighters were continuing to douse the gas tanks to cool them down and to extinguish local fires.

Mountain rescue sniffer dogs are at the scene as part of the operation to look for anyone who may be trapped in the rubble of the numerous houses destroyed in the explosion.

Prime Minister Boiko Borissov has ordered the triggering of the National Plan for Disaster Protection, the government media office said on the afternoon of December 10.

Borissov was directing the operation of the national headquarters from the village of Hitrino, the statement said.

Preparations are being made for Bulgaria’s Cabinet to declare December 12 a day of national mourning.