Eighty-six per cent of bank managers in Bulgaria do not expect any consequences for the Bulgarian economy from the UK’s exit from the European Union, a survey by Ernst and Young in November 2016 has found.

This was disclosed by Julian Mihov, director, markets, industries and business development at E&Y at a British Bulgarian Business Association (BBAA) seminar on December 8, entitled “Brexit – the British and Bulgarian business perspective”.

The seminar is intended to be the first in a series hosted by the BBAA over the coming months.

Presenting the UK government perspective, Tom Hines, head of the political section at the UK embassy in Sofia, noted that British prime minister Theresa May had said that the country would trigger Article 50 by the end of March.

Investors were continuing to invest in the UK after the referendum vote to leave the EU, Hines said, citing a number of examples.

The British government did not believe that after Brexit, the UK-Bulgaria relationship would change much, and the UK hoped to continue to work with Bulgaria on security issues and assisting on rule-of-law issues. Similarly, the vital people-to-people contacts between the two countries would continue.

The UK was the fifth-largest investor in Bulgaria and UK-Bulgaria bilateral trade had doubled in the past 10 years, Hines said.

On the current situation in the wake of the referendum, Munnery noted, regarding the implications of the final outcome of Brexit, “what we lack at the moment is certainty and business must have certainty”.

Brexit was being seen in the UK as an opportunity, he said. He added that British business needed access to foreign labour, but under control, and recognised the need for seasonal workers to support UK agriculture.

“Uncertainty is already affecting business in Bulgaria. UK outsourcing to some extent is on hold until tariff issues are resolved, a good reason for Bulgaria to support a soft Brexit.”

Business wanted a soft Brexit, Munnery said, noting that the EU has a 60 billion pound trade surplus with the UK and EU exporters would not want anything to do to change this.

Munnery also noted that there had been recent displays of confidence in the UK economy.

Mihov outlined numerous issues arising in the tax and regulatory implications for the Bulgarian business and cross-border labour force, including relating to trade, migration and regulation.

Issues in the tax implications for Bulgarian businesses include what would happen regarding customs duties, VAT, excise duties, withholding taxes, transfer pricing and the possibility that CFC regulations in the UK would become applicable to the profits generated by Bulgarian subsidiaries of UK-headquartered companies.

Regulatory issues related to the financial sector, personal data protection, life sciences, telecommunications, cross-border reorganisations, while the non-applicability of EU legislation might limit the access to the UK market of Bulgarian companies.

Pending clarity on possible bilateral agreements, possible implications include the requirements for work permits and long-term visas for the UK, which could take months to issue. Similarly, a question arises over the future of the issuing of social benefits in each country, which with the UK’s departure from the EU would fall away.

At the same time, it was noted that the UK-Bulgaria double tax treaty would contine to remain in place.

In debate, several of the British participants indicated that they saw possible opportunities for a post-Brexit Britain, through bilateral trade deals and a British track record of flexibility and adaptability in doing business around the globe, and through developing the domestic labour market and regaining the edge in areas such as science. 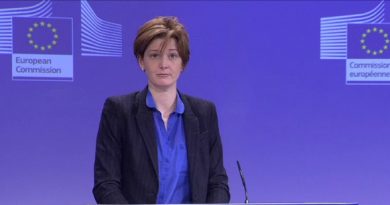