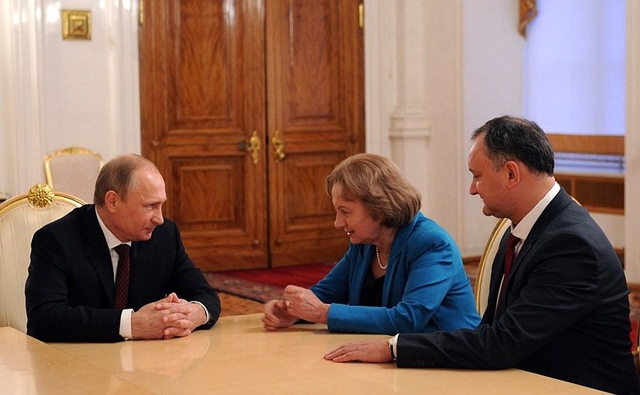 With 97 percent of all ballots tallied late Sunday, Dodon, who campaigned on promises to restore closer ties with Russia, held a commanding 55.3 to 44.7 percent lead over pro-Europe rival Maia Sandu.

“We have won, everyone knows it,” Dodon said at a late night news conference. Final results are expected early Monday in the impoverished country of 3.5 million.

Dodon, who came close to winning the presidency outright in the first round of voting two weeks ago, also has pledged to foster good relations with Moldova’s neighbors, Romania and Ukraine. However, such appeasement gestures may face stiff resistance in Kyiv by many who object to Dodon’s support for Russia’s 2014 annexation of Ukraine’s Crimean peninsula.

For her part, Sandu – a former education minister – used her campaign to urge closer ties with Europe. She also called for the withdrawal of several thousand Russian troops from Moldova’s Russian-speaking separatist region of Trans-Dniester.

Moldova, like Bulgaria, has in recent years been plagued with rampant official corruption.

Former Moldovan prime minister Vlad Filat was sentenced earlier this year to a nine-year prison term, after a court found him guilty of corruption and abuse of power during his 2009-2013 term as head of government. His pro-European ruling coalition had been linked to the country’s most powerful oligarch, Vladimir Plahotniuc, who has long been accused of running the country through bribes and intimidation.

Filat was arrested last year during a parliamentary session and later charged for his links to a bank fraud scheme that included the disappearance from three banks of $1 billion – nearly 13 percent of the tiny country’s annual GDP.