The proposal is supported by both U.S. President Barack Obama and German Chancellor Angela Merkel, leader of Europe’s biggest economy. But the prospect of a deal drew thousands of street protesters in Germany over the weekend.

“We say no, we do not want this,” Munich protester Lisa Munz said. “It is enough what is going on here in Germany with genetic engineering.”

The new round of talks are the ninth negotiating session since last year.

Officials say a U.S.-Europe deal would add $100 billion annually to the economies on both sides of the Atlantic Ocean.

It would slash the already low tariffs between the world’s largest individual economy, the United States, and the 28-nation European Union, which has a collective economy that is even bigger than that of the U.S. A pact would unify many regulations on the two continents and affect goods and services on a wide range of products and services, including such diverse items as Roquefort cheese and accounting.

But opponents say that powerful corporate interests have more to gain than consumers in such a deal, lowering food and safety standards. The most contentious proposal would allow corporations to sue governments in courts that are above national laws.

In Germany, the opposition also reflects rising anti-Americanism. The sentiments have been fueled in part by revelations of U.S. spying, including the wiretapping of Ms. Merkel’s cell phone.

On Friday, Obama called for the negotiations to move forward.

Top U.S. lawmakers reached a deal Thursday on legislation giving President Obama “trade promotion authority” to seal the TTIP, as well as another key accord with Asian nations, with Congress only able to vote up or down on the agreements, not make changes. 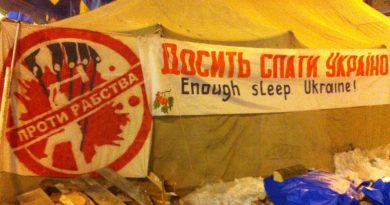