The registration process for candidates for president and vice-president continues until October 4.

Prime Minister Boiko Borissov’s centre-right GERB party, the largest party in the National Assembly and the majority partner in the coalition government, has not named its presidential candidate but has said that it will do so by October 2, shortly before the deadline for registration.

The third-largest party in Parliament, the Movement for Rights and Freedoms, has not yet made clear whether it will register a candidate or, if so, who it will be.

The fifth-largest parliamentary group, the nationalist Patriotic Front – a partner in the coalition government – has got together with Volen Siderov’s Ataka, one of the two smallest parties in the National Assembly, to nominate a joint ticket of the PF’s Krassimir Karakachanov for president, with Ataka’s Yavor Notev as vice-presidential candidate.

As a footnote, amid a pre-election saga that has seen overall tardiness and difficulty among parties in naming candidates, the PF-Ataka ticket was the first announced among the parliamentary groups.

Georgi Purvanov’s ABC, which matches Ataka in having 11 MPs and thus is the other of the two smallest parliamentary groups, has nominated former cabinet minister Ivailo Kalfin as its presidential candidate. Kalfin was the BSP ‘s presidential candidate in 2011, losing at the second round to GERB nominee Rossen Plevneliev.

On November 6, Bulgarians are being asked to choose a successor to President Plevneliev, who has said that he is not available to stand for a second term. If no candidate wins a 50+1 victory on November 6, a second round will be held on November 13.

Bulgaria’s constitution says that to be eligible to stand in a presidential election, a candidate must be a natural-born Bulgarian citizen aged over 40 and qualified for election to the National Assembly, and must have resided in Bulgaria for the five years preceding the election. There is a two-term limit. Barring resignation, death, grave illness or impeachment, the President remains in office for five years.

The presidential election vote on November 6 is to be held simultaneously with a national referendum on three questions, including whether voting in elections and national referendums should be compulsory. The National Assembly has already legislated on this issue, making it compulsory to vote in elections and referendums, with the penalty of having the franchise withdrawn if an eligible voter fails to go to the ballot box in two consecutive elections of the same type. 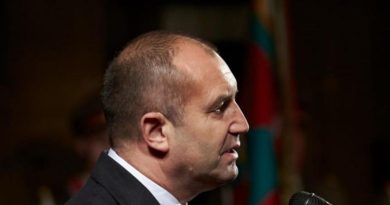 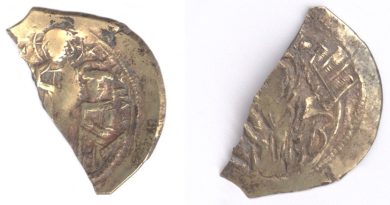