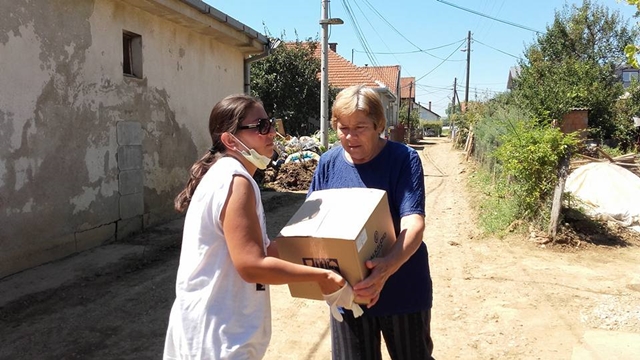 A week after the August 6-7 disastrous floods that struck Macedonia, the American Jewish Joint Distribution Committee (JDC) together with the Jewish Community of the Republic of Macedonia and the Holocaust Fund of the Jews from Macedonia, have assisted thousands of flood survivors by creating and distributing 1000 hygiene relief kits throughout the hardest-hit areas of the Balkan nation. 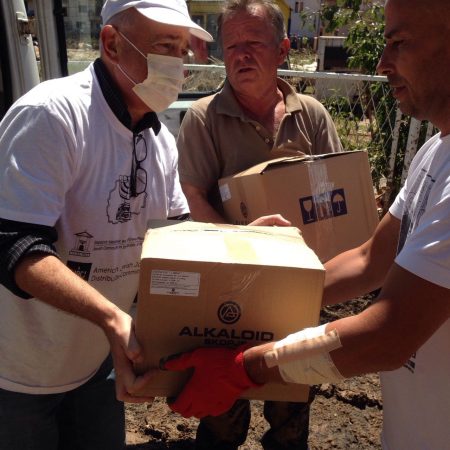 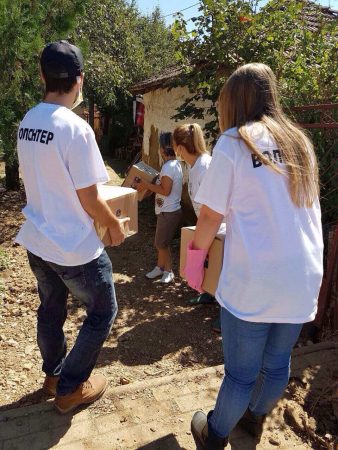 “Our response puts into action the Jewish teaching that every individual life has value and it is our duty to offer care and relief in in times of disaster, no matter a person’s background or faith. We’re honoured to join our partners in the Macedonian Jewish community to deliver life-saving aid, and a sense of hope, to those Macedonians who have lost everything,” JDC chief executive Alan H. Gill said. “Our hearts go out to those who lost loved ones, and cherished possessions, as a result of this tragedy.”

In the wake of the sudden floods, JDC partnered with the Macedonian Jewish community to both assess needs and strategically target aid to the most vulnerable, the statement said.

To address growing needs among flood survivors, 1000 hygiene relief kits – including medical soap, disinfection solutions, and cleaning supplies to sanitize homes filled with flood debris – were assembled by the Jewish community, including the local youth group, and distributed to aid about 5000 people in Stajkovci, Smiljkovci, Brnjarci, Indzikovo, and Chento. 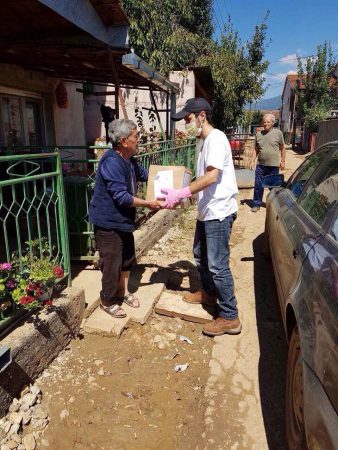 “The Jewish Community of the Republic of Macedonia, the Holocaust Fund of the Jews from Macedonia, and our partner JDC extend our sincere sympathy and condolences to all those who have suffered great loss from the natural disaster that struck Skopje and the surrounding regions. We have come together to help victims in need, regardless of religious or ethnic background, in the spirit of tikkun olam, repairing the world,” said the Boards of Directors of The Jewish Community in the Republic of Macedonia and the Holocaust Fund of the Jews from Macedonia.

Macedonia is home to about 250 Jews, mostly of Sephardic heritage, with an extensive network of social welfare services, Jewish educational, and religious programming.

JDC, which has a longstanding partnership with the Macedonian Jewish community since the 1930s, focuses its work today on empowering and training Macedonian Jewish leaders and including them in pan-European Jewish cultural and educational activities.

These activities include regional Jewish leadership seminars; Macedonian Jewish youth attending the JDC-Lauder International Jewish Summer Camp at Szarvas, Hungary; and a program for Macedonian Jewish teens to network with their Jewish peers globally and engage in service work through JDC’s partnership with BBYO, the pluralistic Jewish teen movement.