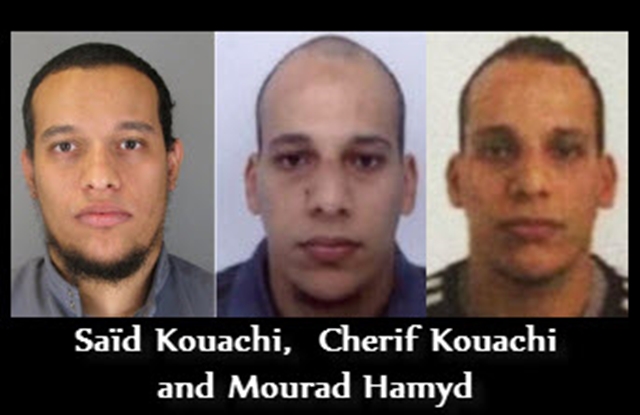 Hamyd, the subject of a European Arrest Warrant and who is wanted by French authorities to face charges of terrorism, was taken in custody by Bulgaria on July 29.

The brother-in-law of Chérif Kouachi, a participant in the terrorist mass murder at the Paris headquarters of satirical magazine Charlie Hebdo on January 7 2015, Hamyd entered Bulgaria on July 26 across the Serbian border on a train from France.

He was travelling alone, with only personal luggage. Hamyd told border police that he was coming to the country for a week as a tourist.

Roumyana Arnaudova, spokeperson for Bulgarian Prosecutor-General Sotir Tsatsarov, said that on the night of July 28, Hamyd appeared at the Kapitan Andreevo checkpoint to cross into Turkey.

Bulgarian authorities allowed him to pass because he had no travel ban, but he was refused entry to Turkey because he was subject to a five-year entry ban by Turkish authorities.

The head of Bulgaria’s State Agency for National Security was informed, and he issued an order for Hamyd to be deported to Serbia.

Meanwhile, on July 29, the European Arrest Warrant was received by Bulgarian authorities, and Hamyd was taken into 72-hour custody. On August 2, Sofia City Court ordered him held in custody.

A hearing in the case based on the European Arrest Warrant, towards the extradition of Hamyd to France, is to be held in Sofia City Court on August 10, the Prosecutor’s Office said.

The presence of Hamyd in Bulgaria was first reported by international media, and confirmed to reporters on August 7 by Bulgarian Interior Minister Roumyana Buchvarova.

Buchvarova gave the date of Hamyd’s court appearance as August 9, though the August 8 statement by the Bulgarian Prosecutor’s office said that it would be on August 10.