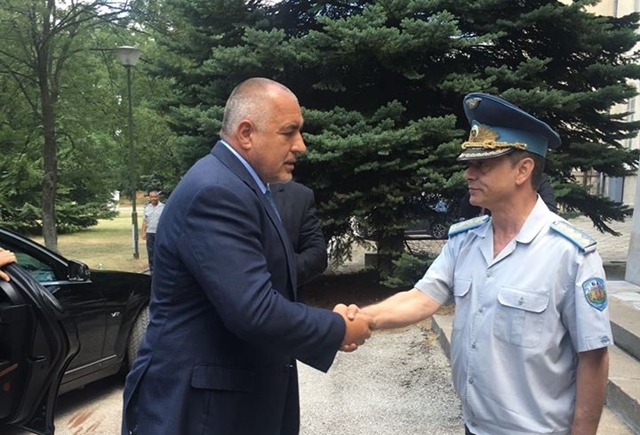 The situation at the Bulgarian-Turkish border is peaceful, Bulgarian Prime Minister Boiko Borissov said during a meeting with top military personnel on July 21, held against a background of the attempted coup in Turkey on July 15, and the ensuing crackdown by Turkish president Erdogan and the declaration of a state of emergency.

Borissov told the military officers that the dynamics and scale of events in the coming weeks require rapid reactions from the services, the government and citizens, to guarantee the security of the country.

A government media statement said that Borissov and the top military officers discussed the measures the government and security services were taking in regard to the events in Turkey.

Meanwhile, Ankara’s ambassador in Sofia, Süleyman Gökçe, said that the state of emergency in Turkey would in no way affect the travel of Bulgarians to and from Turkey.

Gökçe said on July 21 that the Turkish authorities would, during the state of emergency, act in accordance with the rule of law and would respect human rights and freedoms.

Bulgaria’s Foreign Ministry, a day after issuing a statement urging Bulgarians not to travel to Turkey, issued a new update on July 21, noting that its recommendation of the previous day remained in force.

The Foreign Ministry noted the July 20 decision by the Turkish cabinet to declare a state of emergency.

Following approval by Turkey’s parliament, the government would issue decrees which would have the force of legislation, the ministry said.

Once these decrees had been posted, the ministry would inform Bulgarian citizens in Turkey about them, the statement said.

Reports from Ankara on July 21 said that during the state of emergency, Turkey was suspending the European Convention on Human Rights.

Earlier in the day, both Bulgarian President Rossen Plevneliev and the country’s Supreme Judicial Council expressed concern about the situation in Turkey, with Plevneliev calling for Turkey not to be dragged into a never-ending spiral of repression, and saying that violence should not be met with violence.