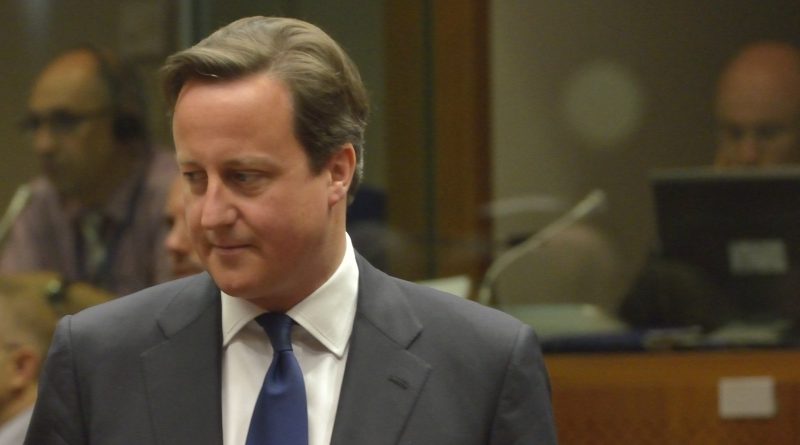 Aside from guessing which side will win Thursday’s Brexit vote, London’s chattering classes are engaging in a favorite political game of “what ifs.” British newspapers and TV news shows are full of opinions about whether British Prime Minister David Cameron will resign, if the “Leave” camp wins and if so, what follows.

The possible variations on the fate of the leadership of the ruling Conservative Party are complex.  Even a narrow victory for the “Remain” campaign doesn’t preclude the chance of Cameron having to depart because of Conservative unruliness and bitter ill-feeling left by the often sharply personal so-called blue-on-blue attacks between Conservatives.

Cameron has insisted there will be no reason for him to resign as party leader and prime minister, even if a majority of the British shun his advice and vote to exit the European Union.

Speaking last month, he argued his authority would remain intact because he would be fulfilling what he promised in the party’s last election manifesto: to hold a referendum and abide by the voters’ decision.  “The question on the ballot paper is very clear: it is stay in or go.  It is not this politician’s future or that politician’s future,” he said.

But few party members think he can hang on in the event of a ‘Leave’ victory or a slim vote to ‘Remain,’ and sooner or later he will go.

Ken Clarke, a Thatcher-era minister and Tory stalwart, says Cameron would not “last 30 seconds” in the event of a “Leave” vote.  He argues Cameron’s rivals would be emboldened, and his credibility would be shattered. Some senior Conservative politicians think that will be the case, too, with a small ‘Remain’ win.

What happens, if Cameron resigns?

Tory insiders VOA has spoken with say they expect he would linger as a caretaker leader and prime minister while the party sorts out a successor. “If there is a vote to leave there will be a lot of government disorder as we work out how we divorce the EU,” said a former Cabinet minister. “Someone will have to keep a hand on the helm,” he added.

In the meantime, the parliamentary party, all the current Conservative MPs, would vote to narrow the field to two candidates, and then the entire party membership would vote in a postal ballot — a process that would take weeks.

The process would be further prolonged if Cameron decided to try to soldier on rather than resign.  But a leadership challenge can be triggered if 50 MPs sign a letter of no confidence in the party leader and send it to the chairman of the 1922 Committee of Conservative backbench lawmakers.

Senior Tory lawmaker Andrew Bridgen has already drafted a letter, party sources say.  “If the country votes to leave the EU, [Cameron] should, and probably will, choose to resign,” Bridgen said earlier this month.  He went further, signaling a fight is likely almost, “whatever the result.”  Bridgen added, “I believe his position will be untenable.”

A leadership competition would likely feature four main contenders: the pro-EU George Osborne, the country’s current finance minister and a brilliant electoral tactician; Theresa May, the long-serving and tough-minded interior minister, also pro-EU; and the leaders of the ‘Leave’ campaign, the colorful former London mayor and author Boris Johnson and the cerebral Justice Minister Michael Gove.

Analysts and party insiders argue Osborne would likely be damaged by his close association with Cameroon.  Johnson is not popular among Conservative MPs, who see him as overly ambitious, often disloyal and ill disciplined.

Party insiders expect Johnson and Osborne to lose in the balloting of Conservative lawmakers, leaving Gove and May to face-off in the postal ballot.

Gove has infuriated party members who want to remain in the European Union with his attacks on Cameron.  May is in the ‘Remain’ camp, but is hardly an enthusiast for the bloc and has stayed largely above the day-to-day fray of referendum campaigning.  She has been careful in her choice of words.  May reminds some insiders of another iron-willed Conservative politician, Margaret Thatcher.

If the country votes to exit the European Union, a number of large “what ifs” will remain.  Negotiating a divorce from the bloc will be troublesome and destabilizing, especially if the British government seeks to negotiate an EU free trade deal along the lines of Norway or Switzerland, which would include abiding by EU regulations and accepting free movement of labor.

At least 110 Conservative MPs out of 330 could well vote against seeking such a deal.  And with a Conservative majority of just eight in the House of Commons, the government would have to rely on the support of opposition lawmakers.  If the opposition didn’t assist, an early general election could be triggered.

Another large what-if would come if the European Union offered a new reformed deal for Britain to stay a member.  A majority in the Commons and the House of Lords (it has delaying power only on legislation) are against leaving the European Union.  A massive political fight, even a constitutional crisis, would be prompted, if parliament voted to accept a new deal, retaining EU membership.

Romania set to lose 7B euro in EU funding – report

Turkish Cypriots to vote in European elections for the first time