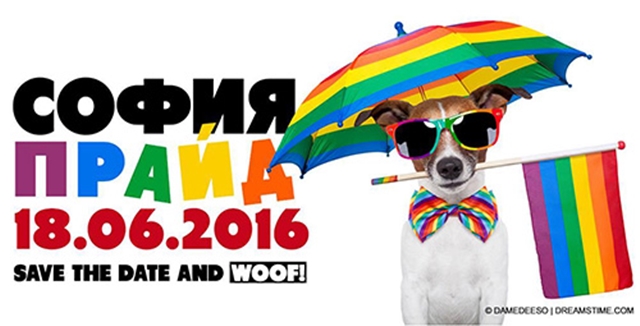 The ninth annual Sofia Pride parade in support of LGBTI people is to be held on June 18, with the focus on how families and friends can provide a supportive environment – but also this year’s event is under the shadow of the homophobic mass shooting in Orlando, Florida.

The focus of this year’s Pride is Parents, Friends & Allies. Families and friends can provide a nurturing, inclusive, and supportive environment for LGBTI people, help broader society understand the challenges the LGBTI community faces, and promote tolerance between different generations and different communities.

Responding to the mass shooting in the Florida city, Sofia Pride said on its Facebook page that the murders had been a hate crime against LGBT people.

“Cases like this remind us of the need for policies encouraging the adoption of marginalized communities and addressing the specific problems they face in their daily lives. Just such a problem is violence based on sexual orientation or gender identity,” Sofia Pride said.

“In Bulgaria there are no such policies, and neither are this kind of actions treated in criminal law as crimes for which a severer punishment is provided, as is done with offences committed because of racism, xenophobia or religious tolerance. These are some of the problems that Sofia Pride seeks to address.

“Every time that we are asked why we organise Pride, the answer is Orlando.”

Orlando was prominent because it was on a massive scale, Sofia Pride said. “But beyond that, non-heterosexuals and trans people are targets of violence – psychological and physical – every day.”

“We call on those in power in Bulgaria, as we have done so many times in the past, to change their attitude of total disregard for us and our problems as citizens and taxpayers, to hear our voice and to exercise all their political and statutory authority, to avoid such monstrous violence happening in our country,” Sofia Pride said.

In another ritual familiar through the years since the first Sofia Pride was held, city councillors for the nationalist VMRO party have called on Sofia’s mayor to ban the parade. This year, they added an objection that Sofia Pride’s June 18 date coincided with All Souls’ Day, on which Orthodox Christians commemorate the dead. Through the years, the Bulgarian Orthodox Church customarily also has spoken out against the Pride parade, while in counterpoint, it is also customary for several foreign ambassadors, mainly from the EU, to issue a joint statement in support of Sofia Pride.
Sofia Pride 2016 begins at the Soviet Army Monument in Borissova Gradina at 5pm and will proceed through the central part of the capital city. 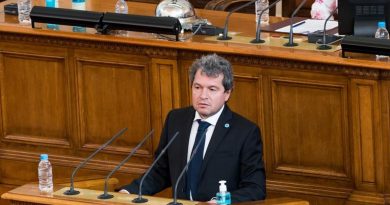 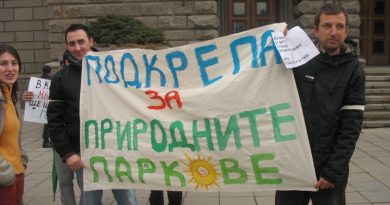