In the wake of the shootout at Bulgaria’s Black Sea resort of Sunny Beach that left one man dead and a convicted crime boss in critical condition, the country’s Interior Ministry chief secretary has issued an assurance that security at the resort is “good”.

The Interior Ministry also issued a statement that minister Roumyana Buchvarova had held a meeting with senior ministry officials in Bourgas, a meeting also attended by the city mayor and the regional governor, to discuss increased security measures.

The statement said that there would be various special police operations, each with different goals.

“We will take steps to strengthen controls,” Buchvarova said, and expressed hope that people would show understanding.

Dimitar “Mityo The Eyes” Zhelyazkov, who has numerous criminal convictions and spent five years in jail for heading an organised crime gang involved in distributing illegal drugs, was reported to be on artificial respiration and in a medically-induced coma on June 10, two days after the shooting.

Zhelyazkov was hit by five bullets during the confrontation. Reports on June 10 said that he had been given 80 packs of blood during transfusions in the first 24 hours of treatment. Friends and relatives of Zhelyazkov organised a blood donation campaign. His severe injuries were expected to cause complications to his liver and respiratory systems.

Speaking in Parliament on June 10, Buchvarova said that there was no “political umbrella” that had been sheltering Zhelyazkov, whom Bulgarian-language media described as being a powerful figure in the underworld of Bulgaria’s Black Sea coast.

She said that 23 people had been arrested in connection with the shootout at the Iceberg disco. Police had carried out raids in five districts in the country after the shooting of Zhelyazkov. In the past day alone, 90 people had been taken into custody and 34 pre-trial proceedings had been initiated.

Buchvarova defended the conduct of the police after the shootout, in spite of the serious criticism directed at them – including by the Prime Minister, Boiko Borissov.

She said that the dispute at the disco had arisen spontaneously, and there was no evidence that it had been planned in advance. She described the response of the police as “extremely quick”, adding that this was the first such shooting involving underworld figures in recent years.

The perpetrators had been arrested immediately. A local and nationwide search had been declared for 30 people and only one was not yet in custody, Buchvarova told Parliament. 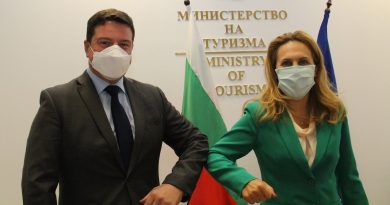 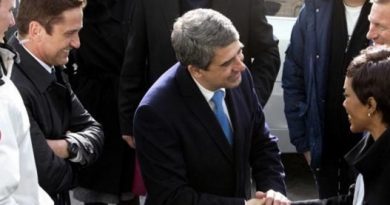