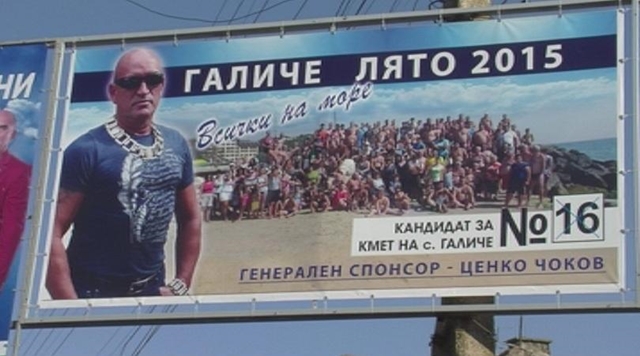 The mayor of the Bulgarian village of Galiche, Tsenko Chokov – arrested in a large-scale police raid along with his son and 10 others – is to face charges of leading an organised crime group and involvement in loan sharking, real estate fraud, assault, extortion and abduction.

Of the 12 arrested on May 26, eight – including Chokov and his son Martin (19) – are being charged with a number of serious crimes, a news conference on May 27 was told.

Chokov was elected in October 2015 to a fifth term as the mayor of the north-western Bulgarian village, officially said to have a population of just more than 1700 people. On the ticket of the Movement for Rights and Freedoms, Chokov got 591 votes (66.4 per cent) against a challenger from the Bulgarian Socialist Party, who got 299 votes. 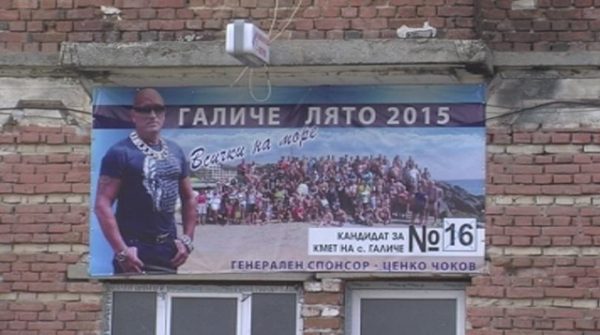 For some time ahead of the May 26 raid by the Special Prosecutor’s Office and Chief Directorate for Combating Organised Crime, Chokov had featured in media reports because of allegations against him and for the village mayor’s ownership of expensive items such as recently-acquired new 4×4 luxury vehicle.

The Interior Ministry described the racketeering and extortion group led by Chokov as “brutal”. The ministry’s chief secretary, Georgi Kostov, said that Chokov and his group had held the people of the area in a state of fear.

A search of Chokov’s home and other addresses yielded a book in which amounts lent had been recorded, powers of attorney and title deeds, as well as substances indicated by tests to be illegal drugs, according to the Interior Ministry and Prosecutor’s Office.

Reports said that the investigation into the activities of Chokov and his group had begun two months ago, before the latest spate of incidents of arson of cars in the village.

The Interior Ministry said that pre-trial proceedings had been initiated at the Special Prosecutor’s Office in February 2016.

The ministry said that the investigation had involved 45 search-and-seizure operations at home and interviews of 20 witnesses, most in front of a judge. Special surveillance was used during the investigation.

Daniela Popova, head of the Special Appellate Prosecutor’s Office, said that analysis of the evidence so far showed that the organised crime group had been involved in usury, real estate fraud, assault, extortion and abduction of people who had trouble keeping up payments on loans.

Apart from the charge of leading an organised crime group lodged against Chokov, he faces a further five charges, including assault, kidnapping and usury. His son faces similar charges, also including hooliganism and extortion.

According to prosecutors, the group most often lent out sums of 100 to 300 leva, at interest rates of 20 per cent.

At the news conference, police and prosecutors called on people to come forward as witnesses against Chokov.

Interior Ministry chief secretary Georgi Kostov told the news conference that there was “no evidence” that there had been political or police protection of members of the organised crime group.

A lawyer for Chokov told local reporters that the witnesses who had given evidence against his client were close to Chokov’s defeated rival in the 2015 municipal election.

Prosecutors are asking the court to remand Chokov and the others in continuous custody pending trial.

Interviewed by public broadcaster Bulgarian National Television on May 26, residents of the village said that the action against Chokov and the group was “long overdue”.