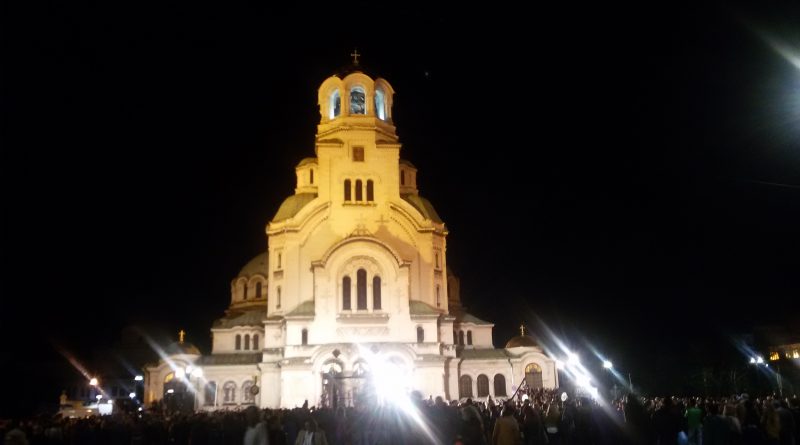 Bulgarian Orthodox Church head Patriarch Neofit presided at the traditional evening liturgy on the night of April 30 as the country’s Orthodox Christian majority celebrated Easter 2016, this year marked on May 1.

The principal Easter service was celebrated at Sofia’s landmark Alexander Nevsky cathedral, with those in attendance including head of state President Rossen Plevneliev. The service was broadcast live on Bulgarian National Television, and drew a large crowd of worshippers to the cathedral and the square in front of it.

Earlier in the day, as has been customary for a number of recent years, the “holy fire” was to brought by a Bulgarian Orthodox Church delegation, travelling aboard a government aircraft, from the Church of the Holy Sepulchre in Jerusalem, to Sofia, from where it was distributed to dioceses throughout Bulgaria and to the church’s monastery at Mount Athos. 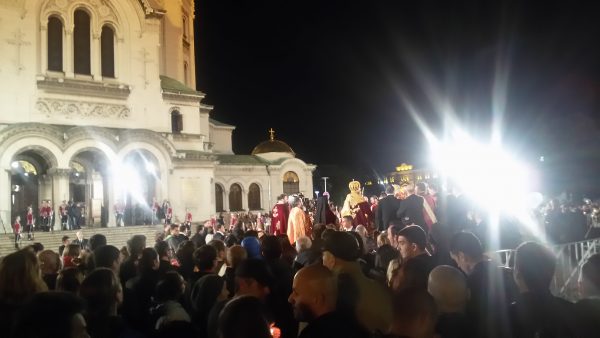 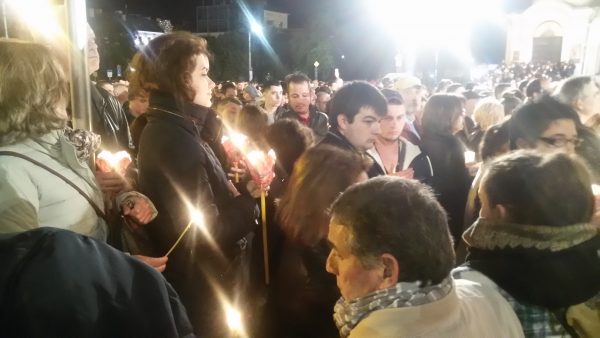 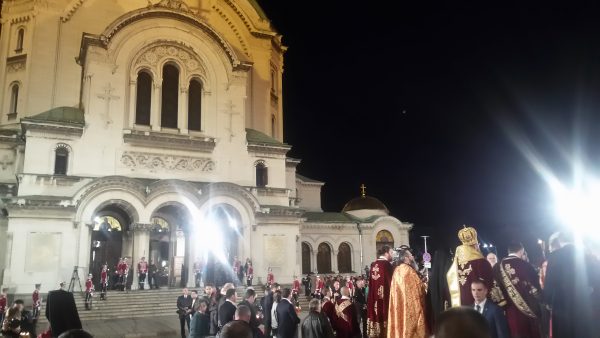 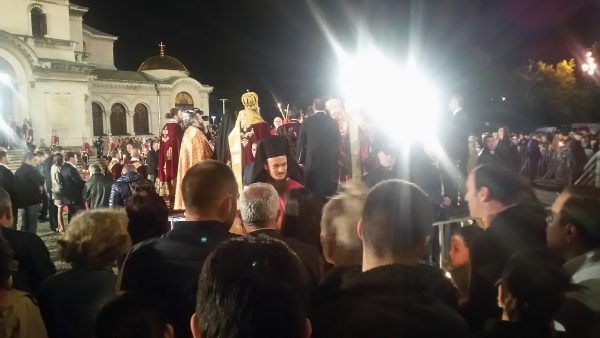 Celebrations were accompanied by a large fireworks display launched from nearby the grounds of the Holy Synod, the church’s governing body, in the night sky above the cathedral. 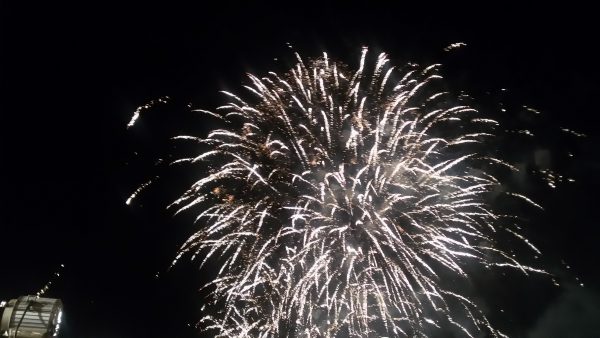 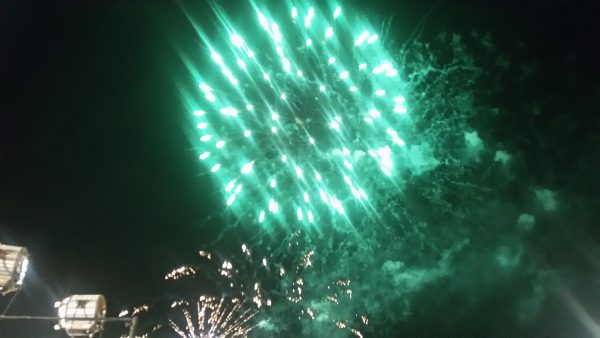