Bulgarians will be required by law to vote in elections, after the National Assembly approved on April 21 2016 the second reading of amendments to the Electoral Code introducing mandatory voting.

A total of 109 MPs voted in favour, 74 were against and there were 10 abstentions.

The opposition Movement for Rights and Freedoms, the third-largest party in Parliament, tried and failed to get the vote postponed.

Mustafa Karadaya, co-leader of the MRF – and who at that party’s congress on April 24 is expected to be elected leader – said that under Bulgaria’s constitution, voting was a right but not an obligation.

The MRF indicated that it would take the provision on compulsory voting to the Constitutional Court.

The provision for compulsory voting was tabled by the Patriotic Front, with a text reading: “Voting is compulsory, carried out personally by the voter and represents the performance of his civic duty”.

Yet to be voted on, as the National Assembly debates and votes on several amendments to the Electoral Code, is a proposal that those who fail to vote will be struck off the voters’ roll.

The leader of the Democrats for a Strong Bulgaria – a constituent party of the Reformist Bloc but which unlike the rest of the bloc is in opposition – Radan Kanev, spoke against compulsory voting, because “we cannot oblige people to believe in us”.

Kanev also referred to the argument that compulsory voting would diminish the political presence of the MRF, a party led and supported in the main by Bulgarians of Turkish ethnicity, which has tended to produce a consistent electoral performance in all recent elections.

“You cannot accuse me of love for the MRF, but this will not solve the problem,” Kanev said. “Whoever pulls out this argument knows little of the model of the ethnic Turks”. By requiring everyone to vote, those in power would be surprised by an improved electoral performance by the MRF, he said.

Kanev said that the argument that compulsory voting would militate against vote-buying was putting the cart before the horse. In the municipal elections in 2015, there was vote-buying in municipalities where the MRF had no presence, he said.

The BSP’s Yanaki Stoilov said that compulsory voting should not be introduced unless the electorate approved the idea in a referendum. 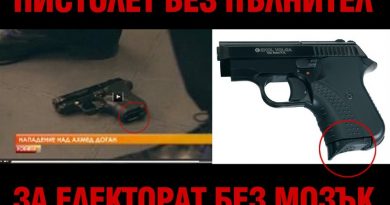