This emerges from statistics released on April 1 2016 by EU statistics agency Eurostat.

In 2015, the average hourly labour cost in Bulgaria was 4.1 euro. This was seven per cent higher than the figure for Bulgaria for 2014, according to Eurostat.

In 2015, average hourly labour costs in the whole economy (excluding agriculture and public administration) were estimated to be 25 euro in the EU and 29.5 euro in the euro zone.

Within the euro zone, the largest increases were recorded in Latvia (7.3 per cent), Lithuania (5.6 per cent) and Estonia (5.3 per cent).

Decreases were observed in Cyprus (-one per cent) and Italy (-0.5 per cent).

Among EU countries outside the euro zone in 2015, and expressed in national currency, the largest increases in hourly labour costs in the whole economy between 2014 and 2015 were registered in Romania (8.3 per cent) and Bulgaria (seven per cent), and the smallest in Denmark and Croatia (both 1.7 per cent). 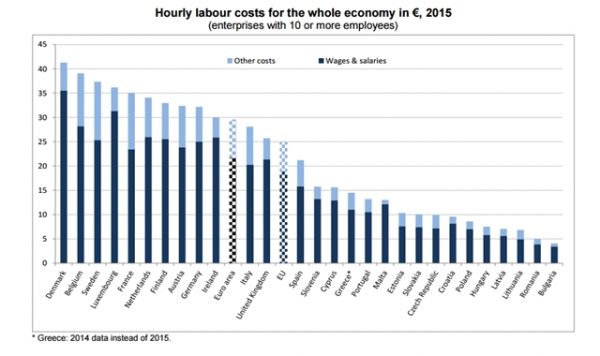 Eurostat said that, when comparing labour cost estimates in euro over time, it should be noted that data for EU countries outside the euro area are influenced by exchange rate movements. 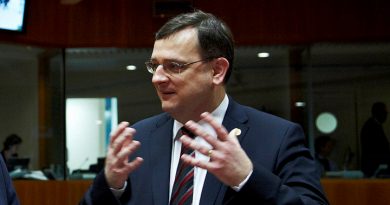