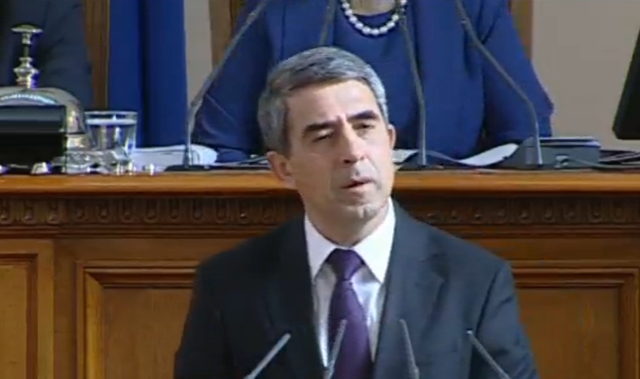 Judicial reform is central to everything, Bulgarian head of state President Rossen Plevneliev told the National Assembly in a special address on March 18, given after a series of talks with all parties represented in Parliament.

“Our goal is progress and development, so reforms are needed and there is no alternative,” Plevneliev said.

He said that how strong the will for reform is would be seen in the adoption of forthcoming amendments to the Judiciary Act, procedural laws and anti-corruption legislation.

Plevneliev said that changes were needed to open the way to a judiciary that worked swiftly and efficiently, greater accountability of the prosecution, objective rules and criteria for career development of members of the judiciary and random, not manipulated, allocation of court cases to judges.

The achievement of broad political consensus on profound judicial reform and bold anti-corruption legislation would be a strong sign to Bulgarian society about the political will for change, Plevneliev said.

He said that the uncertain geopolitical situation created the need for a country to have stability, security and predictability. Political stability required responsible action by everyone.

Referring to the changes to the constitution approved towards the end of 2015, that had been intended as a step towards judicial reform, Plevneliev described them as useful and correct, adding that they were an “important but insufficient” step forward.

He said that all political parties with which he had held talks had agreed unanimously on the critical importance of judicial reform and fighting corruption.

“This time of declarations is long gone, we need decisive action,” Plevneliev told MPs. “We talk about how effective justice and the fight against corruption is a national priority, but there are still no visible results,” he said.