With the Bulgarian Socialist Party and the Movement for Rights and Freedoms backing far-right ultra-nationalists Ataka, a parliamentary committee has been set up to examine the facts and circumstances surrounding a meeting between President Rossen Plevneliev and a top manager of power distribution company EVN.

Setting up ad hoc committtees on single issues in the hope of embarrassing political foes has become popular practice in Bulgaria’s Parliament. Any number have been proposed, and some established, in recent months in a grab for political dividends.

For Ataka, the BSP and the MRF, Plevneliev is a popular target because the head of state, in office since January 2012, was elected on the ticket of centre-right GERB and remains the former ruling party’s sole national office-bearer.

Plevneliev also considerably irked the parties in power for being seen as positive towards the mass anti-government protests against the ruling axis of the BSP, MRF and Ataka that began in the summer of 2013.

In the National Assembly on May 8, out of the four parties in Parliament, GERB alone opposed the vote to establish the ad hoc committee.

The Ataka call for the committee arose from a “secret meeting” between Plevneliev and senior EVN official Stefan Szyszkowitz while the President was visiting Austria. At the meeting, there were discussions of Bulgarian government moves against the three electricity distribution companies.

The three electricity companies were demonised in protests that began in February 2013, being portrayed by demonstrators as greedy monopolies that should be kicked out of Bulgaria. The protests led to the resignation of the GERB government after an incident of violence in Sofia.

Since coming to power, the ruling axis has been backing a campaign to de-license the three foreign-owned electricity distribution companies, moves which are now in the hands of the state energy regulator.

Plevneliev, who has been highly critical of the campaign against the power companies, has said that his meeting with the EVN official was not included in his official programme because it had not been previously scheduled. EVN also has denied there was anything unprecedented about the meeting.

Senior GERB MP Tsetska Tsacheva, speaking in debate on the vote, asked, “who decided that the contacts of the President with one of the representatives of the electricity distribution companies were irregular?”

Ataka MP Magdalena Tasheva, who was named head of the committee, said that the three power companies had shared out Bulgaria like a lump of cheese and said they had non-transparent cost overruns.

The committee is to have 12 members, three from each parliamentary group, and has a term of office of three months. It will have two deputy chairpersons, Mustafa Karadaya of the MRF and Yavor Kuyumdjiev of the BSP.

GERB said that the BSP had given in to Ataka because it relied on Volen Siderov’s party to provide a quorum for sittings of the 42nd National Assembly. It accused those backing the motion to set up the committee of hypocrisy, saying that the prime minister and the economy minister in the BSP cabinet also had held meetings with EVN. Plamen Oresharski, occupant of the prime minister’s chair in the BSP cabinet, has confirmed that in mid-April, he had a meeting with EVN, saying that the topic was the Gorna Arda hydro-electric power project. 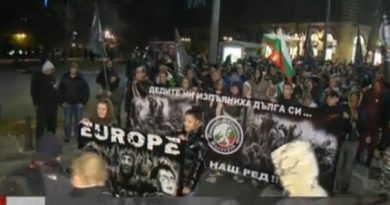 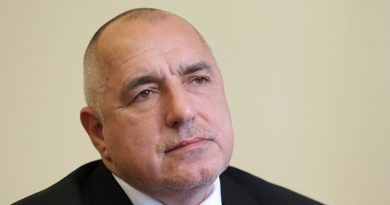 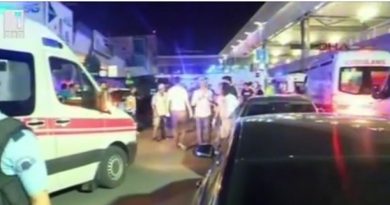