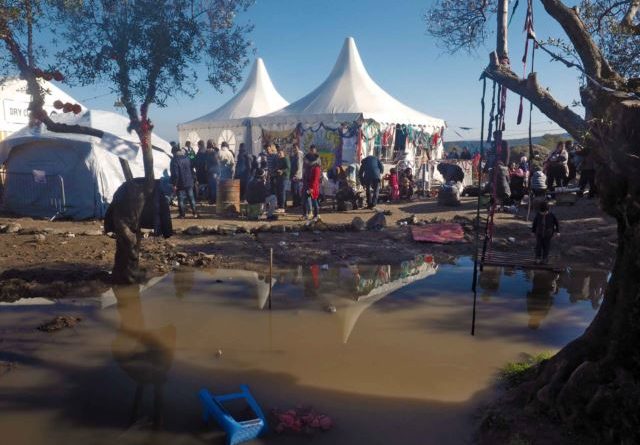 From human smugglers to bus services to the sellers of life jackets, new businesses have popped up everywhere along the routes migrants take from the Middle East and Africa to Europe.  Near one port in Greece, a new Syrian restaurant caters to migrants looking for a taste of home after leaving their country, possibly forever.

In Mytilini, Greece, near the port where migrants depart for their next stop on their way to countries like Germany, there are new businesses serving the needs of the thousands of new customers arriving and leaving the island almost every day.

This Syrian restaurant opened a few months ago. The owner says it was simple economics: many of his customers prefer Arabic food.

“I am from Lesbos and this business is similar to other work that I have done.  But it is the first time that I have opened an Arabic restaurant, which serves solely Arab cuisine.  We have other businesses, too, that are cafes, bars, nightclubs on the island,” said Damas restaurant owner Veggelis Asvestas.

Among the restaurant staff are Syrian refugees who fled the war years ago, before the flood of people crossing the sea to Europe began last year.

Fleeing war has always been dangerous, they say, but with hundreds of people drowned at sea, it is more deadly than ever.

“I wanted to bring my family, but I told them to stay home and I will send them money and any other help I can.  I would never risk bringing them here now.  It is a big risk,” said Syrian chef Gamal Elsaqa.

But local diners say, in some ways, new businesses that cater to migrants are a much-needed cultural exchange on a continent where there is hostility to the incoming masses from the Middle East and Africa.

“Because it is nice, have nice people, nice service.  It is all OK,” said Lesbos resident Panojiotas.

And as more migrants continue to flock to Europe, more businesses catering to them are expected to thrive.

(Photo: Refugees queue for tea and hot drinks after they arrive near the port on the southern part of Lesbos, Greece, Jan. 23, 2016. H. Elrasam/VOA) 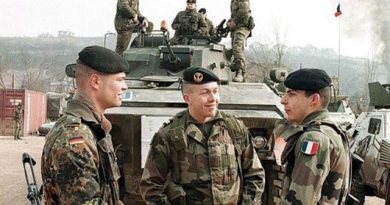