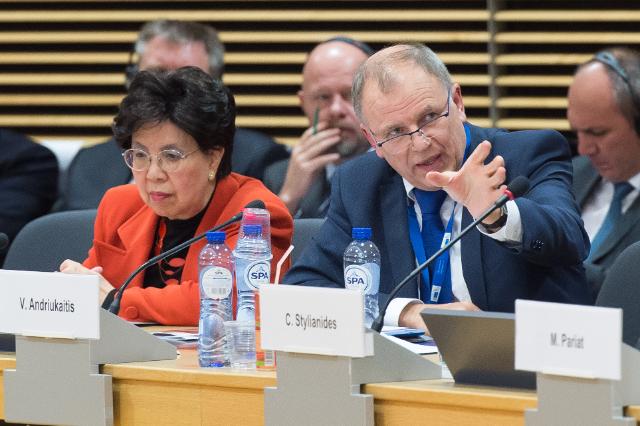 The European Union announced Monday the launch of a new medical body aimed at responding to health crises more quickly and more efficiently.

The European Union’s Medical Corps will be able to act within Europe and outside it, according to Christos Stylianides, EU Commissioner for Humanitarian Aid.

The new body was developed after the Ebola outbreak that ravaged West Africa. Its creation underscores the problems of quickly responding to the crisis, and coping with logistical and other challenges that Ebola raised. Today, another virus — Zika — is alarming the international health community.

Speaking in Brussels, World Health Organization (WHO) head Margaret Chan discussed how efforts to contain Zika, which is spread by mosquitos, are different than those focused on Ebola.

“Mosquito controls rests with every household,” Chan said. “Two-thirds of the mosquitos brew [breed] in households, instead of the environment. So that means that every household must [do their part]. The government cannot do it all.”

Commissioner Stylianides said that, so far, nine EU states have pledged teams and equipment for the medical body, which will be linked with WHO. He called on other member states to join.