Police are pursuing several lines of inquiry into the murder of Agressia men’s upmarket fashion house owner Alexander Antov but have declined to give details, as reports emerged that the murder was likely the work of professionals.

Antov was found dead around midnight on January 8 after talking his dog for a walk in the woods near the family home in Sofia’s Bistritsa neighbourhood. His family reported him missing after the dog came home unaccompanied.

While initially police declined to say whether Antov’s death was a suspected murder or suicide, the Interior Ministry later confirmed that a murder investigation had been opened. Media reports said that a forensic examination had established that Antov had died from two shots fired from behind him into his neck.

No shell casings were found at the scene where his body was found. Police have seized recordings from security cameras at private properties in the area.

With the death of Antov following soon after the murder of another wealthy business person – police have told reporters that they do not believe that the two deaths are connected – and coming a few weeks before the European Commission’s Co-operation and Verification Mechanism report on whether Bulgaria is making progress towards EU standards in law enforcement and the judiciary, Justice Minister Ekaterina Zaharieva told reporters that she disagreed with comments that the two murders were intended to create a sense of instability in the state.

She distinguished between the earlier murder, of Vesselin “Fat Vesco” Stoimenov – who had been linked to the controversial VIS-2 business group – and that of Antov, saying that the latter was the killing of a man with a sound reputation in business.

Interior Ministry deputy chief secretary Georgi Arabadzhiev told reporters that police had “narrowed the range” of possible perpetrators and sponsors of the murders of Stoimenov and Antov, respectively. “The two murders are definitely not connected,” he said.

Meanwhile, business association the Confederation of Employers and Industrialists in Bulgaria said that unless Antov’s murder was solved, Interior Minister and Deputy Prime Minister Roumyana Buchvarova should resign.

The confederation said in a media statement, “why do we need the Interior Ministry? Why do we need a Deputy Prime Minister and Minister of the Interior?” when, it said, more than a billion leva had been wasted on these institutions “when any one of us can be shot like a dog because someone does not like you or that someone wants to take your money or just the whole business?”

It said that it was now the third day since Antov had been killed and no suspect had been arrested, but as always police were “working on all theories” until everyone would again forget. 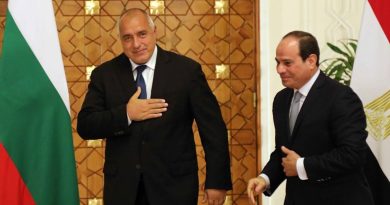