Bulgaria’s private gas provider Overgas said it has received no notification of a halt in gas supplies from Russia’s Gazprom Export, its denial coming amid speculation that prompted Prime Minister Boiko Borissov to call a meeting with chief executives of state-owned companies late on December 30.

Overgas, which supplies gas to 55 000 households and 3000 corporate clients, said in a statement that it has a contract with Gazprom Export until 2017 and had no debts to the supplier, only “normal current liabilities”. The statement said that “none of the company’s customers is at risk of having gas supplies cut.”

The denials come after reports of the meeting between Borissov and energy sector executives. The head of Bulgarian Energy Holding (BEH) Jacklen Cohen told Bulgarian National Radio that it was prompted by “a letter from Gazprom Export to Overgas, copied to Bulgartransgaz, which said that starting January 1 2016, the amount requested by Overgas is zero.”

Cohen said that the meeting was meant to ensure that both grid operator Bulgartransgaz and state-owned gas company Bulgargaz, both of which are subsidiaries of BEH, were ready to step in and provide supplies for Overgas.

According to news website Mediapool.bg, which quoted an Overgas answer to inquiries made by the website, a routine three-day request for gas deliveries made by Overgas was returned by the Russian side with no amounts of gas scheduled for January 1 2016.

Meanwhile, the Russian foreign ministry said on December 31 that Gazprom was making continuous deliveries under its three billion cubic metres a year contract with Bulgargaz and there was no threat of cutting off supplies to Bulgaria.

“Concerning Overgas, co-operation with which supplied no more than 10 per cent of annual gas consumption, talks are underway to settle commercial issues that have accumulated in recent years,” the ministry’s statement said. 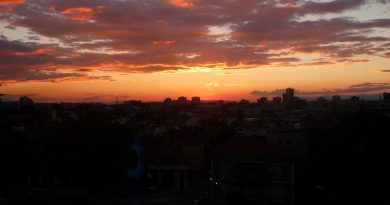