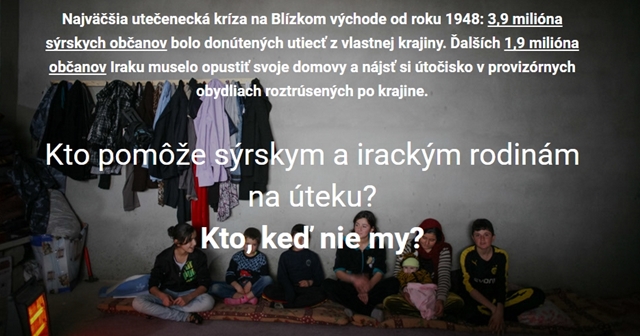 Slovakia’s Interior Ministry wants to place Iraqi refugees in houses of volunteers despite protests from villagers and mayors, making their integration easier.

In total 149 people who were checked by Slovak intelligence and do not represent any security risk for Slovakia arrived at the Humenné asylum facility on December 10. They should gradually move from the camp to final accommodation facilities in the Nitra diocese, some of them provided by volunteers.

When mayors and citizens of villages learned that refugees will come to their areas they began protesting. In reaction, Prime Minister Robert Fico said that whole project would be cancelled. Despite his words, however, the Interior Ministry still wants to accommodate them in houses of volunteers.