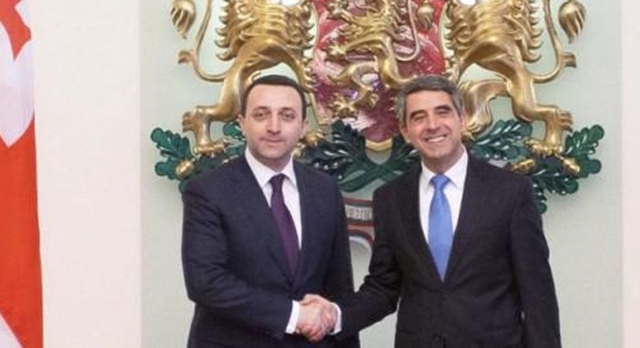 Bulgaria supports Georgia’s accession to the EU and NATO and will lend the support expected of it for visa liberalisation for Georgians, Prime Minister Boiko Borissov told his Georgian counterpart Irakli Garibashvili on December 7.

Garibashvili was in Sofia on an official visit during which he also held talks with President Rossen Plevneliev and National Assembly Speaker Tsetska Tsacheva.

At their talks, Plevneliev said that visa-free travel for Georgian citizens in the EU must as soon as possible to become a reality. Plevneliev said that Bulgaria welcomes the rapid and steady progress of Georgia in implementing the Action Plan on visa liberalisation with the EU and said there is no reason to delay a decision.

Borissov and Garibashvili signed a memorandum of co-operation on European and Euro-Atlantic integration.

“European integration remains a cornerstone of our foreign policy. I hope that your experience will be very useful for us,” Garibashvili said, thanking Borissov for Bulgaria’s strong support to Georgia’s efforts towards European integration and liberalisation of the visa regime for which the European Commission is to give its consent, a government media statement said.