Bulgarian Interior Ministry officers were on December 3 questioning an Armenian citizen who had returned to the country two days after the van he left parked at Sofia Airport was at the centre of a “bomb scare” that became a national melodrama, leading to recriminations among state institutions.

On December 1, the minibus was inspected by bomb squad and other specialists after police received a call reporting it as suspicious. During the operation, Terminal 1 of Sofia Airport was closed, and part of the luggage removed from the bus was subjected to a controlled explosion.

A sniffer dog was reported to have indicated the possible presence of explosives, but the ministry confirmed at the end of the operation that none had been found.

Earlier, however, an airport public relations official had told reporters that there possibly was an explosive device on the minibus, a statement that was soon after contradicted by another spokesperson and by the police.

It emerged that those who had left the minibus in the airport parking area were two Armenians. According to reports on December 2, one had flown to Moscow and the other to Belgium. It has not yet become clear why there was luggage in the vehicle even though there were no passengers.

Police began questioning Armenian Artashes Tigranyan on his return to Sofia from Brussels. For the moment, no charges were being pressed against him. Reports said that the other Armenian had flown on to Yerevan from Moscow.

Two days earlier, Interior Ministry chief secretary Georgi Kostov had told reporters that the two in charge of the bus had met a “risk profile”.

Kostov was quoted by Bulgarian National Television as saying that it was possible that some of the objects and belongings in the bus had been in contact with explosives.

Border Police head Commissioner Antonio Angelov said that during a regular patrol by the border police officers on duty with a police dog, the dog had “reacted positively” to the parked van. After that the police used a special device for detection of explosives, which also gave a positive signal.

All the specialist services were notified and an examination followed. No explosives were found, Angelov said.

Bulgarian Prime Minister Boiko Borissov was sharply critical of the actions and statements of airport officials and police regarding the incident, saying that their actions were not a mistake but had been conducted irrresponsibly.

Speaking at a Cabinet meeting on December 2, Borissov said that lessons should be learnt from the Sofia Airport incident, saying that the services had acted well, and adding that he understood that the airport employee who had spoken to reporters about the supposed presence of an explosive device had been fired (separately, there were media reports saying that the employee had been dismissed).

Borissov added, however, that the specialist services should have put up protective screens to protect reporters and others at the scene should there actually have been an explosion.

He emphasised that only in the event of 100 per cent confirmation of the presence of an explosive device, and only after it had been defused, should information be released.

Also on December 2, Interior Minister and Deputy Prime Minister Roumyana Buchvarova told reporters that it was crucial that in such a situation, panic and the leaking of information was to be avoided.

She said that she would review the action plan for such situations to improve, including by making more specific the guidelines for communicating with the media.

Covid-19 in Bulgaria: Since tighter restrictions took effect, 2667 deaths, 45 635 recoveries from the virus 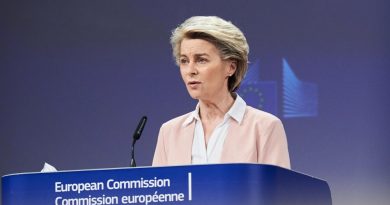