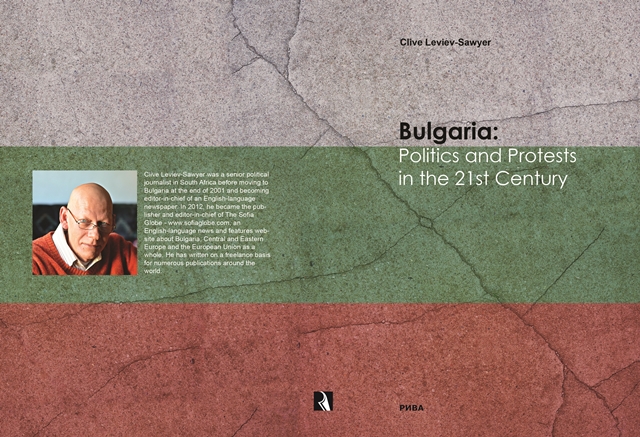 Bulgaria is heading into the remainder of the 21st century with a considerable list of things to do.

The challenges that the country faces are manifold, but arguably all of them are within its power to address. In no case will doing so be easy. In some cases, it will require policy responses on a grand scale. In several, it will mean going up against vested interests that have the suctions of their tentacles grimly gripping vital parts of Bulgaria’s system.

Those are among my musings in a book that Riva Publishers have been kind enough to publish, entitled Bulgaria: Politics and Protests in the 21st Century.

The book was inspired by, and opens with, the story of the 2013/14 protests for which the catalyst was the abortive appointment of Delyan Peevski as head of the State Agency for National Security. Broadening to key themes and narratives in these first, sometimes turbulent, years of this century in Bulgaria, it seeks to explore and explain some of the processes and personalities shaping the public life of the country.

Covering topics including the major and minor political parties, the state of the media, the economy, foreign policy, the pervasive presence of former State Security people in positions of influence, Bulgaria’s challenges in dealing with its past and with its future, and, of course, the national preoccupation with conspiracy theories, the book is intended not as a comprehensive history of the opening years of the 21st century in Bulgaria but rather is largely a work of journalism, by a journalist.

“Largely” because it is not free of editorialising nor of my own individual perspectives of the events since 2001 that I either have written about personally or supervised coverage of as an editor. It is, in effect, something of a companion to the continuing coverage of Bulgaria by sofiaglobe.com. There are no doubt omissions regarding some of the themes and narratives in the recent history of Bulgaria; this is because in writing these chapters, I have chosen only those topics that I believe to be the most significant, key to an understanding of what has happened and is happening in the country today, and about which I may write with – hopefully – some degree of authority.

The book is intended as a contribution to the slim number of books in English about contemporary Bulgaria. Given my own professional interests and the importance of the topic, it deals mainly with political life.

The writing of the book began in the quiet, nearly news-free days of January 2015 and resumed, after a considerable hiatus, in August, with a final revision in September, with its author troubled to make a few further revisions as more recent news overtook some of the passages in the first draft. Grappling with such issues, a troubled author may also realise that one day, an updated edition may be required. There are still about 85 years to go to this century, and Bulgaria has its special way of generating new stories to tell.

* Bulgaria: Politics and Protests in the 21st Century is published by Riva Publishers of Sofia (rivapublishers.com) and will soon be available at all major booksellers in Bulgaria, as well as at city airports and English-language bookshops in major cities. It is available for purchase via store.bg and later will be on sale online internationally.

Bulgaria’s days of protest on a crusade for genuine change