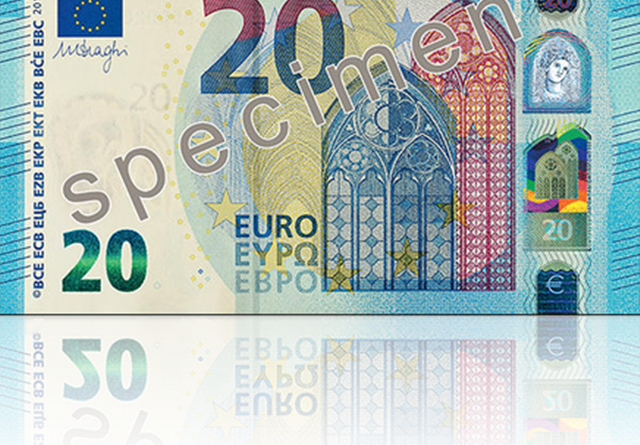 The new 20 euro note, the third in the Europa series, enters into circulation on November 25 2015, the European Central Bank said.

The banknote has a “refreshed look and more vibrant colours”, and includes a new kind of security feature: a “portrait window” near the top of the hologram stripe which becomes transparent when seen against the light.

The window reveals a portrait of Europa, a figure from Greek mythology, which is visible on both sides of the note. The same portrait is also visible in the watermark, alongside an emerald number which displays an effect of the light moving up and down when the note is tilted – exactly like in the five euro and 10 euro notes of the Europa series.

A video entitled “Discover the new €20 banknote” in 23 European Union languages provides further information on the new note and how to check it, the ECB said. It is one of several cash-related videos available at www.new-euro-banknotes.eu, which also offers other ways of learning about the banknotes, such as the “Euro Cash Academy”.

The 20 euro banknotes of the first series will remain legal tender and continue to circulate alongside the new notes, but they will be gradually withdrawn from circulation.

The Eurosystem has supported and encouraged European industry associations, banknote equipment manufacturers and other partners to prepare and adapt their devices in good time so that they can handle the new note. About 15 per cent of retailers in the euro area use authentication devices, the ECB said.