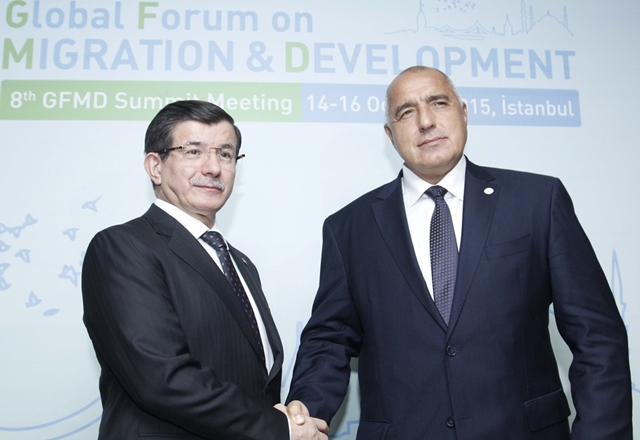 Bulgaria’s Prime Minister Boiko Borissov said on November 24 that the downing of a Russian military plane by Turkish fighter jets was likely to have consequences and would not “lead to positive results.”

Speaking from China, where he was attending a meeting of local officials and countries from Central and Eastern European countries, focusing on the promotion of economic relations, Borissov said that Bulgaria had made every effort to avoid a similar incident in its own air space.

Last year, with the West and Moscow at loggerheads over the conflict in Eastern Ukraine, the increased presence of Russian warplanes in European skies prompted Nato to increase the number of aircraft and personnel to monitor the airspace on a rotational basis.

In September, Bulgaria also denied permission for Russian jets to use its airspace for flights to Syria over suspicions that the goods stated in official documentation – stated as humanitarian aid – did not match their actual nature

“We have put in a lot of diplomatic effort to ensure that we will not be provoked in our air space, which is why we asked the Russian side to inform us, so that we do not experience a similar conflict,” Borissov said, as quoted by Bulgarian National Radio.

“The incident comes at a very bad time, because there is an emergency European Union council meeting on Sunday (November 29) with Turkish leadership in Brussels and all this will be discussed there and solutions will be sought. But when Nato, as represented by Turkey, and Russia are in such a conflict, this not good, this is not pleasant and will not lead to positive results,” he said.

Bulgaria’s Foreign Minister Daniel Mitov, one of several Cabinet ministers accompanying Borissov on the China trip, said that the emergency meeting of Nato ministers on November 24 was not related to the article 4 of the alliance’s treaty.

“That article says that member states will consult if one of them – its territorial integrity, it security or political system – are under threat. This is not the case now, which means that we will be informed and keep you appraised of the situation,” Mitov told reporters.

In a separate statement earlier in the day, the Foreign Ministry said that the Nato meeting was called in order for Turkey to inform its allies about the incident that resulted in a Russian Su-24 bomber being shot down near the Turkish-Syrian border. The statement re-iterated that article 4 of the Nato treaty was not being invoked.