The euro zone will remain in recession until early 2013, according to the Organization for Economic Cooperation and Development’s (OECD) latest Economic Outlook, which also said that the global economy is expected to make a hesitant and uneven recovery over the coming two years.

Decisive policy action is needed to ensure that stalemate over fiscal policy in the United States and continuing euro area instability do not plunge the world back into recession, according to the OECD report, released on November 27 2012.

“The world economy is far from being out of the woods,” OECD Secretary-General Angel Gurría said during the Economic Outlook launch in Paris. “The US ‘fiscal cliff’, if it materialises, could tip an already weak economy into recession, while failure to solve the euro area crisis could lead to a major financial shock and global downturn. Governments must act decisively, using all the tools at their disposal to turn confidence around and boost growth and jobs, in the United States, in Europe, and elsewhere,” Gurría said.

GDP growth across the OECD is projected to match this year’s 1.4 per cent in 2013, before gathering momentum to 2.3 per cent for 2014, according to the Outlook.

After softer-than-expected activity during 2012, growth has begun picking up in the emerging-market economies, with increasingly supportive monetary and fiscal policies offsetting the drag exerted by weak external demand. China is expected to grow at 8.5 per cent in 2013 and 8.9 per cent in 2014, while GDP is also expected to gather steam in the coming years in Brazil, India, Indonesia, Russia and South Africa.

Labour markets remain weak, with around 50 million jobless people in the OECD area, the Outlook said. Unemployment is set to remain high, or even rise further, in many countries unless structural measures are used to boost near-term employment growth.

The euro area crisis remains a serious threat to the world economy, despite recent measures that have dampened near-term pressures. Adjustment of deep-rooted imbalances across the euro area has begun, but much more is needed to ensure long-term sustainability, including structural reform in both deficit and surplus countries, the OECD report said.

More needs to be done to tackle negative links in the euro area between public finances, bank solvency and risks that any country may have to leave the euro, the OECD said. In the long run, this requires a fully-fledged banking union with fiscal backstops. In the near term, recapitalisation of banks should be undertaken where necessary.

The Outlook suggests a possible positive scenario could arise if decisive policy actions are taken to improve business and consumer confidence, and to boost growth and jobs worldwide. The rapid and broad implementation of structural reforms, not least in labour and product markets, is key to this scenario, the OECD said. 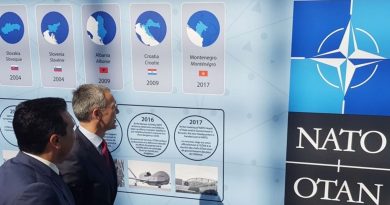