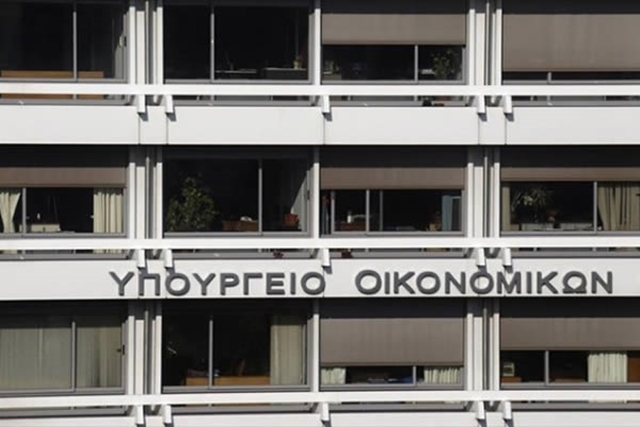 The International Monetary Fund said Thursday that debt-ridden Greece’s financial plight is even worse than it first thought as the country heads to Sunday’s vote on whether to accept lenders’ demands for more austerity in exchange for new bailout loans.

The IMF largely blamed the leftist government of Prime Minister Alexis Tsipras, saying that it had been slow to sell off state assets and would need debt relief and another $56 billion in new bailout loans through 2018. The IMF said that four years ago, it predicted Athens would raise $55 billion by privatizing government properties through the end of this year, but so far it has collected only $3.5 billion.

The Washington-based agency said Greek economic growth would be stagnant this year, down from the 2.5 percent growth it forecast just three months ago.

Greece is cut off from further European aid, after failing Tuesday to meet a midnight deadline for repaying $1.8 billion owed to the IMF.  That default marked the first time a developed country had failed to meet a payment deadline on an IMF loan.

IMF’s new assessment of Greece’s financial condition came as Tsipras again urged his countrymen to vote “no” on the bailout conditions set by international creditors in the referendum. The outcome could determine whether Greece stays in Europe’s euro currency bloc.

” ‘No’ means strong pressure for an economically viable agreement that provides a solution to our debt and will not make it skyrocket and will not continually undermine our efforts to help lift the Greek economy and Greek society,” Tsipras said on national television Thursday, one day after he appeared to agree to some of the conditions.

European leaders have warned that a “no” vote in the referendum would amount to Greece becoming the first country to leave the 19-nation eurozone during the common currency’s 16-year history.

One analyst said Greece’s stance is hard to figure out.

“It’s very hard to know what exactly the motivations of the Greek government are at this time,” Alex Nicholl, a senior fellow at London’s International Institute for Strategic Studies, told VOA.

“It’s true that right now, we have a very antagonistic situation, in that [Tsipras] has alienated the finance ministers and government leaders with whom he needs to do business if Greece is not to go belly up,” Nicholl said. “There’s a very poor atmosphere right now. I don’t think that a ‘no’ vote is really going to sway them toward offering better terms in this atmosphere.”

Finance Minister Yanis Varoufakis said in a televised interview with Bloomberg that if Greece accepted the EU creditors’ bailout proposal, the government “may very well” quit and he “will not” be finance minister the following day.

European leaders involved in the negotiations with Athens have warned that the situation is deteriorating and the outcome remains unclear.

“The situation is only getting worse, due to the Greek government’s behavior,” said Dutch Finance Minister Jeroen Dijsselbloem, head of the group of eurozone finance ministers, after a conference call with EU finance ministers. “Given the political situation, the rejection of the previous proposals, the referendum which will take place on Sunday and the ‘no’ advice of the Greek government, we see no ground for further talks at this point.”

A “no” outcome would plunge Greece and the eurozone “into the unknown,” French President Francois Hollande said to reporters traveling with him to Benin in Africa.

Unlike German leaders, however, Hollande had pushed for a deal with the leftist government of Greece, saying that failure to do so could be risky for the eurozone as a whole.

“It is our duty to ensure Greece stays in the eurozone,” he said. “I think we must look for an agreement, for negotiation, for reason, but this requires that everybody be convinced of that. France is fighting for that. It does not want vetoes or roughness.”

German Chancellor Angela Merkel has said that there will be no more negotiations until the outcome of Sunday’s referendum is clear.

Greece is cut off from further European aid, after failing Tuesday to meet a deadline for repaying $1.8 billion to the International Monetary Fund. That default marked the first time a developed country has failed to meet a payment deadline on an IMF loan.

Some analysts suggested Wednesday that the prime minister’s willingness to make the IMF payment, while insisting on the referendum as well, was part of a strategy aimed at gaining leverage in future talks on $32.4 billion in new European funding.

The prime minister, speaking Wednesday on national television, seemed to confirm that strategy, saying Greek envoys would return to the negotiating table after Sunday’s vote to seek “better terms for the Greek people.”

Greece has amassed a huge debt over the last five years. As a condition for new loans, lenders have insisted the government must introduce more austere economic reforms. Until now, however, the government has balked at such demands. Greece says its citizens have suffered enough with spending cuts and tax increases that have lowered their standard of living. 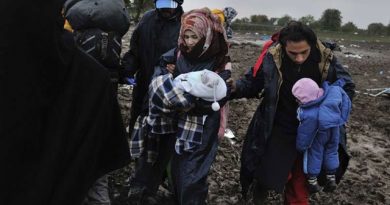 Serbia ready to accept 6000 refugees during the winter