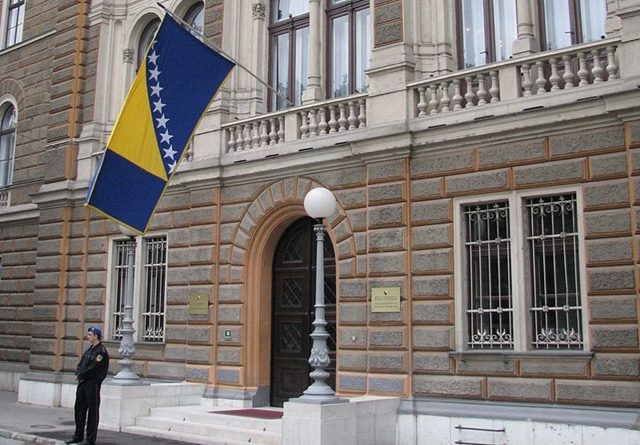 The state prosecutor’s office in Bosnia said that it is investigating the killing of two Bosnian soldiers in Sarajevo as a terrorism case.

One of the killed soldiers was a Muslim and the other was a Bosnian Serb.

Speaking to reporters Thursday in Sarajevo, Boris Grubesic, a spokesman for the state prosecutor of Bosnia-Herzegovina, said that the Wednesday night attack “has been qualified as an act of terrorism.” Further investigation will reveal all the details regarding the case, he said.

“The attack and killing of members of Bosnian armed forces has now been classified as an act of terrorism. Further investigation will examine all circumstances surrounding the perpetrator and his possible accomplices and motive.”

Prime Minister Denis Zvizdic said after an emergency session of his Cabinet last night that it was “an attack on the state.”

A man armed with an automatic rifle killed the two Bosnian soldiers in a betting shop, across the street from their barracks, and then shot at a public bus. Fragments of broken glass injured the driver and two passengers.

The suspect then fled to his home nearby and blew himself up, police said.