More and more refugees are trying to reach the West via Bulgaria. The people-smuggling trade is flourishing along the dangerous route to the West – and border guards are sometimes involved in the illegal business.

The trip starts in Istanbul, then continues along the smugglers’ trail though Plovdiv and Sofia to the Bulgarian-Serb border in the northwest. Daily, some 500 people are trafficked across the border, according to Bulgarian authorities quoted in the Wall Street Journal (WSJ). And it’s often Bulgarians bringing them there.

In response to an inquiry by DW, the Interior Ministry in Sofia confirmed that at least 250 Bulgarians were involved in the illegal smuggling of refugees and migrants from Turkey via Bulgaria to Serbia.The smugglers demand $3000 (2795 euro) per person for their “services.”

The former head of the Bulgarian border police, retired General Valeri Grigorov, told DW that this human trafficking route was not new and had been controlled by organised criminal gangs for decades.

“The bosses of the human traffickers not only have good contacts with representatives of the local border authorities, but also with the highest governmental levels in Sofia,” Grigorov said.

Colonel Gerald Tatzgern from the Austrian security authorities said smuggler routes in Bulgaria had been controlled up until a few years ago by sex traffickers. “We believe that people in the northwest of Bulgaria in the meantime have adjusted to the new trade – to the smuggling of migrants,” Tatzgern told the WSJ.

People-smuggling because of poverty

One of the suspects arrested in connection with the discovery of a truck in which 71 refugees died in Austria came from the northwest of Bulgaria. In an interview, his mother said: “Lots of people from the region have been making good business with the smuggling of refugees. And it’s hardly remarkable: the Bulgarians are poor.”

From his years of experience with the smuggler route in the Bulgarian northwest, Grigorov confirmed this view.

“The smuggling business is the main income in the impoverished and depopulated regions near the border,” he said. “Everyone takes part: the local population as well as the border authorities.”

According to Grigorov, numerous mayors in the region have even explicitly warned local hunters that “there are many refugees in the bushes” and that they should take special care when hunting, because smugglers simply drop people off near the border and point the way to Serbia.

Krassimir Kanev, director of the Bulgarian Helsinki Committee, a human rights NGO, agreed: “Yes that’s how it works. There is a lot of smuggling going on here. And a lot of smugglers are relatives, neighbours or friends of border police officers. It is an organised matter, and the border guards are involved.”

There are many protagonists in this business, from perfectly organised international groups to individual smugglers equipped with just a van and a mobile telephone, Deputy Interior Minister Filip Gunev said in an interview with DW.

“Illegal practices in all segments of the smugglers chain are offered in Bulgaria from criminals at totally different levels,” he said. “However, those who control the money, control the whole business.”

The blame for this business lies with those who should have regulated the illegal migration, rather than just erecting fences and border controls, said the German human rights activist Mathias Fiedler from the organisation “Bordermonitoring.”

Fiedler pointed out that the “escape agents” who helped smuggle East German citizens to West Germany during the Cold War are today depicted as heroes, while those who bring civil war refugees from Syria to Europe are stigmatised as “people smugglers.”

The majority of Bulgarians are strictly against allowing refugees and migrants into the country. German public radio station Deutschlandfunk reported on xenophobic demonstrators chanting: “Bulgaria is under attack. It is an attack by an illegal horde who cross our border unhindered. Their aim is replace the population of Europe with Islamic inhabitants.” German journalist Tom Schimmeck reported that the supposed demise of the West and the invasion of the Taliban are cited at many such xenophobic events. The Orthodox Church has called on the government to stop the Muslim “Invasion.”

Many refugees who have chosen the dangerous route via Bulgaria report hostility and abuse. In a German TV report, Afghan Khamran Han said: “There are dangerous situations especially in Bulgaria. We were on foot through Bulgaria for five days and nights, above all nights, through forests, from fear of being arrested. The group was much bigger at the beginning. We lost many in Bulgaria; they got lost in the darkness. We don’t know where they are and if they are still alive.”

In the German daily “Die Welt”, German judge Malte Sievers quoted a Syrian who, during his asylum process, said: “I would rather be a dog in Germany than a human being in Bulgaria.” 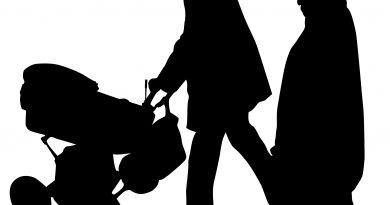 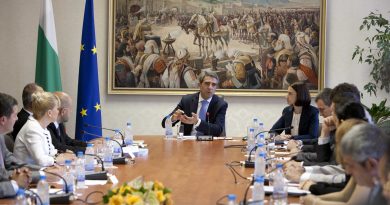