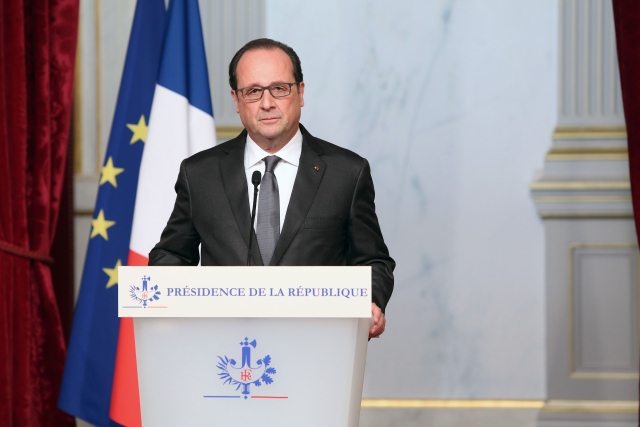 French authorities raced Saturday to identify the perpetrators of what President Francois Hollande has called an “act of war” against his country, fearing organizers of the sophisticated assaults may be planning more attacks.

The Islamic State extremist group claimed responsibility for the coordinated attacks late Friday at six sites across Paris, which left at least 128 dead and hundreds wounded. Eight terrorists also were killed, but it was not clear whether there might be more insurgents or accomplices lurking in Paris neighborhoods.

Hollande also has blamed IS, which has lashed out at countries fighting its attempt to establish a “caliphate” in Syria and Iraq.

But a French counterterrorism official said authorities are still trying to find out whether the attackers who died in the assault were French residents and whether they have accomplices still waiting to strike. Security has been stepped up to guard against further violence.

Meanwhile, the Pentagon on Saturday said killed a senior IS leader in an airstrike Friday in Libya. Abu Nabil, also known as Wissam Najm Abd Zayd al Zubaydi, was an Iraqi national and longtime al-Qaida operative. Pentagon spokesman Peter Cook said the action “demonstrates we will go after ISIL leaders wherever they operate.”