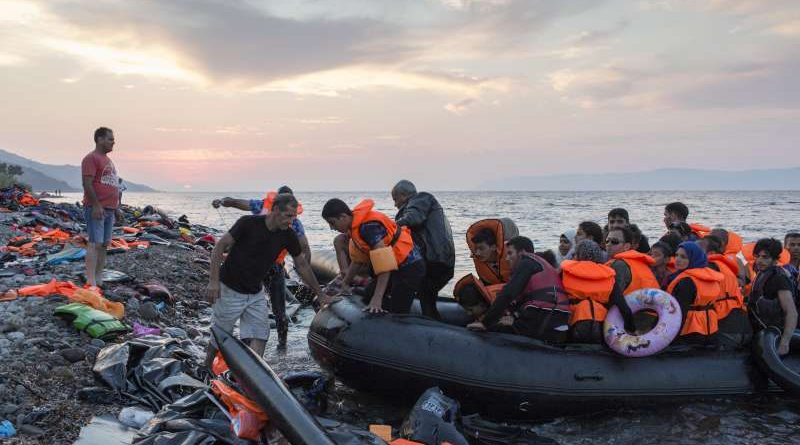 The United Nations says more than 218,000 migrants crossed the Mediterranean Sea during the month of October, more than the total amount of migrants that crossed in all of last year.

The U.N. refugee agency says 210,265 people crossed the sea from Turkey to Greece last month and another 8,129 travelled from North Africa to Italy. The UNHCR estimates that in 2014 about 216,000 people crossed the Mediterranean with another 3,000 crossing Turkey’s land border.

Most of the recent arrivals have been in Greece, where the daily rate peaked at 10,006 people on October 20.

“We are in a period of record numbers of forced displacements globally,” said UNHCR Spokesman Adrian Edwards. “It is a new phenomenon that we will have to deal with. This is a phenomenon that isn’t going away quickly.”

On Monday, Eurogroup chairman Jeroen Dijsselbloem said fallout from the migrant crisis could affect the budget of some countries, like debt-ridden Greece.

“In some countries there’s a risk of derailing the budget, getting off track, and those individual cases the EC should… take into consideration,” he said.

Dijsselbloem told a group of reporters in The Hague that “we need to do as much as we can to help Greece deal with it.”