Turkey’s National Security Council is increasing pressure on the Syrian Kurdish militia, the YPG, by stepping up its efforts to get the group designated internationally as a terrorist organization. But with the militia viewed by Washington and Moscow as key in the battle against the Islamic State group, Ankara could find itself alone.

Turkey accuses Syria’s Democratic Union Party, the PYD, and its YPG militia of being an extension of the PKK, a Kurdish rebel group that Turkish security forces are fighting. Ankara is expected to press its case Friday in Vienna at a meeting on Syria at which the U.S. and Russian foreign ministers will be present.

But Sinan Ulgen, a visiting scholar at the Carnegie Institute in Europe, said Turkey is likely to find itself isolated.

“Internationally, what we have seen, certainly, is an improvement in the international perception of PYD to the extent the PYD has become one of the leading forces on the ground in the struggle against the Islamic State,”  Ulgen said. “To force other countries to categorize PYD as a terrorist organization is going to face quite an uphill struggle.”

Moscow has made no secret that it views the Syrian Kurds as an important force in the fight against IS and alluded to its willingness to arm the group.

Analysts claim this month’s U.S. airdrop of arms for Syrians fighting the jihadists could be an attempt to preempt Moscow’s courtship of the Kurds.

Semih Idiz, a political columnist for the Cumhuriyet newspaper and Al-Monitor website, said Turkey fears the PYD could benefit from a bidding war between Moscow and Washington.

“The Kurds are in a very advantageous situation … with both superpowers more or less trying to cooperate with them,” Idiz said, adding that most military, diplomatic and political analysts he’d talked to were saying “there is absolutely nothing Turkey can do” about that situation.

Observers say the growing prominence of the Syrian Kurds is adding to calls within Turkey for a fundamental rethinking of its Syrian policy, a change that could come after the November 1 general election. 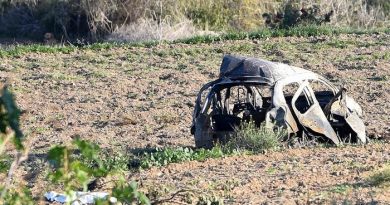 No chance of UK bringing back visas for Bulgarians and Romanians, Bulgarian FM Mladenov says