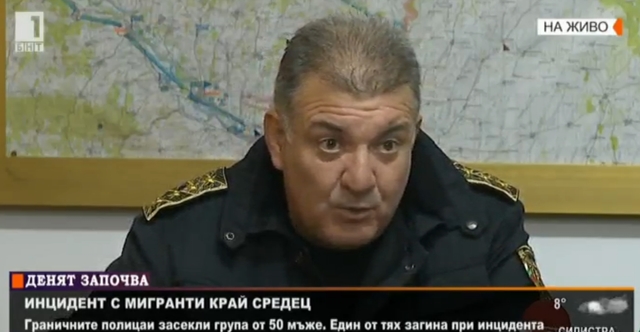 A migrant from Afghanistan was shot dead on the night of October 15 near the town of Sredets in south-eastern Bulgaria, in Bourgas province about 30km from the Bulgarian-Turkish border, after Bulgarian Border Police fired a warning shot at a large group of migrants – and the shot ricocheted, according to the Interior Ministry.

Interior Ministry chief secretary Georgi Kostov told public broadcaster Bulgarian National Television on October 16 that a patrol of three members of the Border Police had come upon a group of more than 50 men, aged 20 to 30.

The group had resisted being detained, and “one of my colleagues used his personal weapon and fired”, Kostov said. As a result of a ricochet, one of the group was injured and died.

He denied earlier media reports of a firefight between the migrants and the border guards.

The group, who said that they were from Afghanistan, did not have identification documents.

The rest of the group were detained.

On learning of the case, Bulgarian Prime Minister Boiko Borissov left the meeting of European Union leaders in Brussels and headed back to Bulgaria.