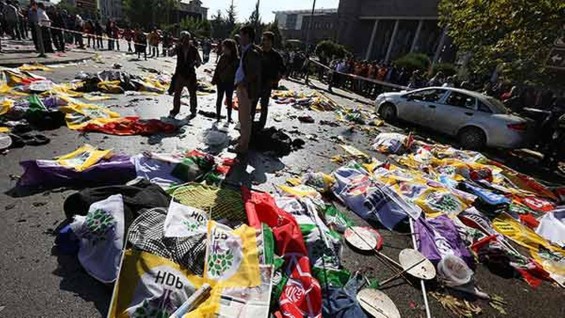 Bulgarian head of state President Rossen Plevneliev and head of government Prime Minister Boiko Borissov have sent cables of condolences to their Turkish counterparts after the October 10 bomb attack in Ankara in which at least 95 people died.

An updated toll from the Turkish prime minister’s office said the blasts that happened Saturday near the main exit of the railway station in the Ulus district also wounded 246 people, the Voice of America reported. That location was presumably intended to cause a high number of deaths among participants at the rally, which was organised by labour and civil society groups, VOA said.

Bulgarian President Plevneliev, in a message to his Turkish counterpart Recep Tayyip Erdoğan, strongly condemned the terrorist attack in Ankara.

Plevneliev said that it was unacceptable for a peaceful demonstration to be turned into a tragic event.

EU border controls to get a further three-month extension