Bulgaria is among 19 European Union countries against which the European Commission (EC) adopted infringement decisions on September 23 for failing to fully implement legislation making up the Common European Asylum System.

The EC is sending a “Reasoned Opinion” to Bulgaria for having failed to communicate national measures to transpose the updated 2011 Qualifications Directive.

This directive harmonises minimum standards for the qualification of third-country nationals or stateless persons as beneficiaries of international protection.

It also foresees a series of rights on protection from refoulement, residence permits, travel documents, access to employment, access to education, social welfare, healthcare, access to accommodation, access to integration facilities, as well as specific provisions for children and vulnerable persons.

The deadline for the transposition of the directive expired on December 21 2013.

Despite letters of formal notice (the first formal step of an infringement procedure) sent to Bulgaria in June 2013, Bulgaria has not transposed the Qualifications Directive, or in any event has not yet notified the Commission of the national transposition measures, the EC said.

Bulgaria is also on the receiving end, like 17 other EU countries, of an EC letter of formal notice for having failed to communicate national measures taken to fully transpose the 2013 revised Asylum Procedures Directive.

The EC is also sending letters of formal notice to Bulgaria and other 18 EU countries for not having communicated the national measures taken to fully transpose the 2013 updated Reception Conditions Directive, which sets out common minimum standards for the reception of applicants for international protection across EU member states.

The directive provides a legal obligation for EU member states to ensure that material reception conditions are available to applicants when they apply for international protection.

These include access to housing, food, health care and employment, as well as medical and psychological care. It also restricts the detention of vulnerable persons, in particular minors. Member states had to transpose the directive, which updates a 2003 directive, and communicate the national transposition measures taken, by July 20 2015.

The EC said that, following up on the second implementation package of the European Agenda on Migration, it was stepping up its efforts to ensure the full application of EU law in the area of migration and asylum.

The pieces of legislation concerned focus on fairer, quicker and better quality asylum decisions (the Asylum Procedures Directive); ensuring that there are humane physical reception conditions (such as housing) for asylum seekers across the EU (the Reception Conditions Directive); and clarifying the grounds for granting international protection (the Qualification Directive).

European Commission First Vice-President Frans Timmermans said: “Solidarity and responsibility are two sides of the same coin. EU leaders in an extraordinary European Council in April called for the rapid and full transposition and effective implementation of the Common European Asylum System to ensure common European standards under existing legislation.

“The European Commission is the guardian of the Treaties and today’s 40 infringement proceedings are meant to ensure that Member States actually implement and apply what they had previously agreed to do – and agreed to do rapidly and fully. Our Common European Asylum System can only function if everyone plays by the rules,” the EC said.

Migration and Home Affairs Commissioner Dimitris Avramopoulos said: “In Europe everyone must uphold the commonly agreed standards, in the way we receive asylum seekers.

“All participating member states must process their asylum applications according to the common criteria and standards, which are used by national authorities to determine whether someone is entitled to international protection. These standards need to be fully implemented and respected, while always respecting the dignity and human rights of the applicants,” Avramopoulos said.

In the absence of satisfactory replies or in the continuing absence of notification of national measures fully transposing a Directive, the European Commission can decide to send Reasoned Opinions, the second step in an infringement proceeding.

After member states receive Reasoned Opinions, they have two months to respond to the EC, notifying the Commission of the measures taken to ensure full transposition, or bringing national legislation in line with EU law.

Otherwise, the EC may decide to refer them to the European Court of Justice. In cases where there is no communication of the national transposition measures, the Commission may propose to the Court to impose financial sanctions under Article 260 of the EU Treaty. 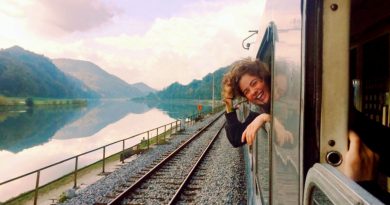